We arrived on Thursday, 9/10. Unlike previous years, there was now a resident birder on the island – Isaac Helmricks – the station manager for Alaska Airlines. Isaac is a VERY good birder who grew up on the North Slope of Alaska and knew Alaskan birds like the back of his hand.

There were no rarities to chase when we arrived and the first two days were uneventful.

On Saturday (9/12) we found an early Emperor Goose.

On Sunday (9/13) we added a Wandering Tattler and a Sharp-tailed Sandpiper.

The rest of the week was the usual suspects, but on Friday (9/18), we were driving past the south end of the Seawall when Barb yelled out “hawk!” I quickly got on the bird that had flown across in front of us and had landed on a chain-link fence surrounding an old building. It was a cuckoo! Common/Oriental cuckoos look like accipiters in flight, hence the first impression of hawk. I took a couple of photos – it was facing away from us – then got out of the car to try to get another angle. It flew off around to the back of the building. Barb went around one way and I the other. It flew back to the front again, but just as I was getting the camera on it, it flew off – not to be seen again. Examination of the photos led us to believe it was a Common Cuckoo. 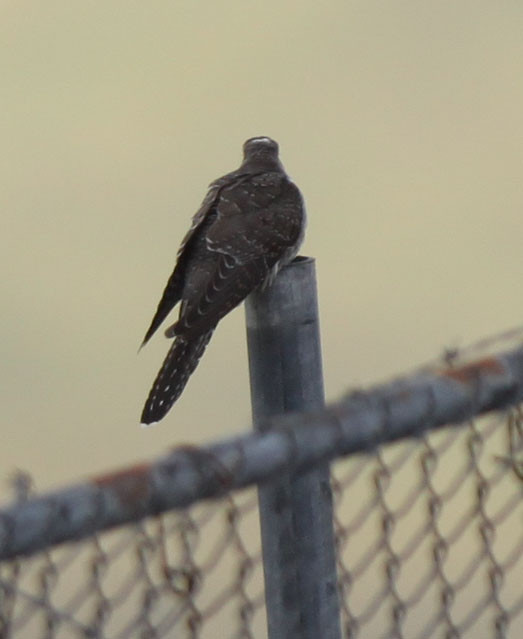 We contacted Isaac, and although he did not relocate the cuckoo, while searching for it, he found a Dusky Warbler! He called us and we returned to the area with him. I walked with him to where he had last seen it and saw a small bird pop out and fly away. It was the warbler, but I never got a good enough look at it to identify it. So it is not on our list.

Later, while driving along the Seawall, I spotted a whale close in to shore. I was so excited that I couldn’t get the words out and finally yelled “Large marine mammal!” It turned out to be an Orca, but was very uncooperative. It would surface for a second, then dive and not come up for several minutes – you had to guess where. So by the time I would get the camera on it, it would be diving again. So this is all I got for a photo. 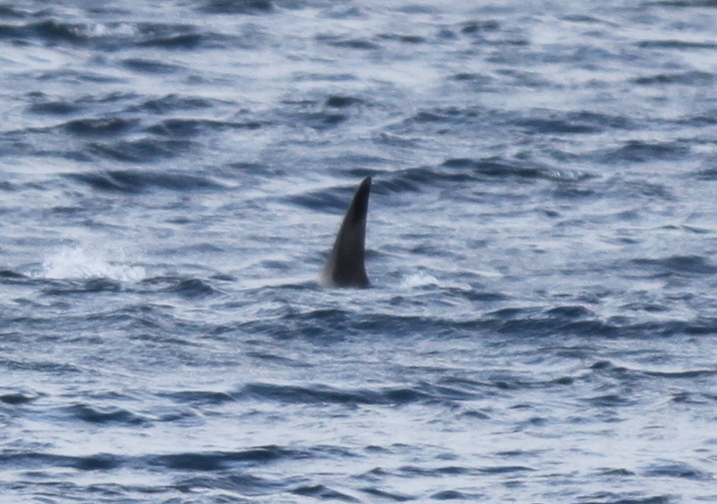 On Saturday (9/19), we found a Northern Wheatear near the Elfin Forest. This was the second consecutive trip that we had this species. It stayed for three days. 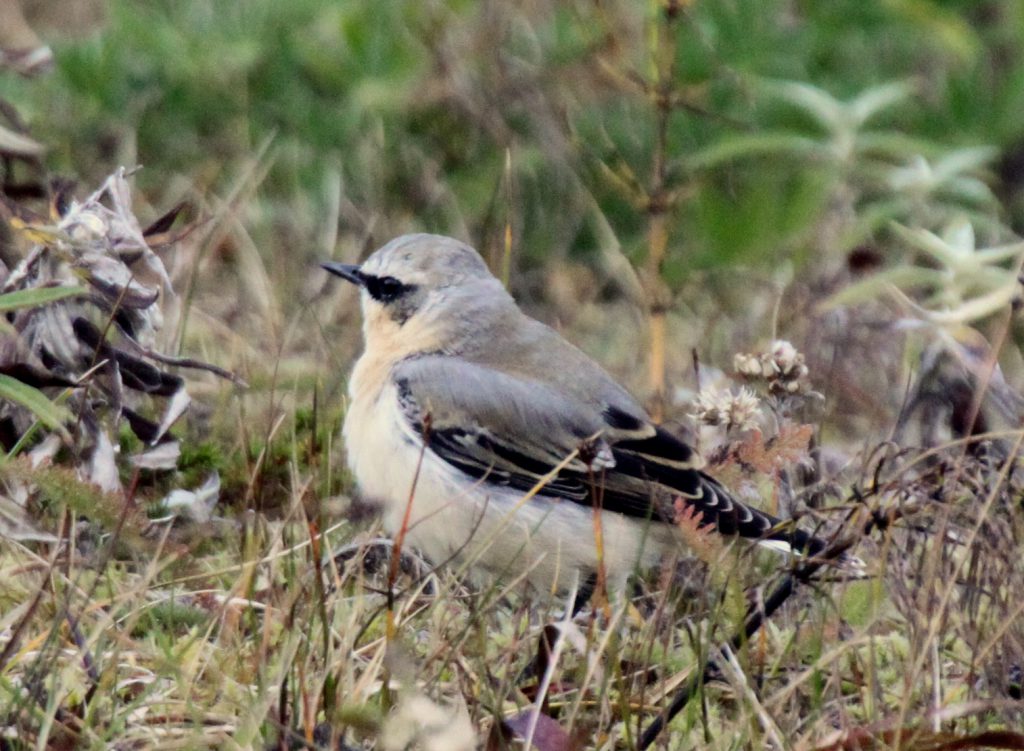 On Tuesday (9/22) we spotted a Yellow-billed Loon off the Seawall.

On Wednesday (9/23) we got a call from Isaac saying he had a Pomarine Jaeger in Sweeper Cove. As we were racing down there to see it, a Brambling flew across the road and up onto the Sandy Cove Bluffs. It was a nice male. It flew away before I could photograph it. We did not get the jaeger.

On our final day (Thursday 9/24), we were birding around town and the airport, when we spotted a harrier. It turned out to be a Northern Harrier and later examination of our photos showed it to be the North American race (as opposed to the Asian race).

Our trip list was only 51, but we added one lifer (the Cuckoo), several Adak birds, and a mammal lifer (Orca).