As bad as our September 2006 trip was, this trip was the exact opposite!

We arrived on Adak on May 17. There were other birding tours there (or arrived with us).

After unpacking, we headed out for some late-day birding and saw the Tufted Ducks on the Airport Ponds and found a Common Snipe at Contractor’s Camp Marsh. 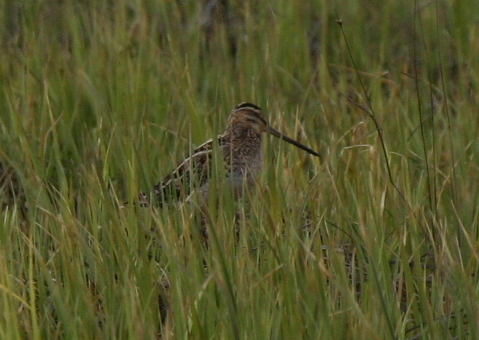 On Friday, we found a Barrow’s Goldeneye at Clam Lagoon and a Wood Sandpiper at Contractor’s Camp Marsh. 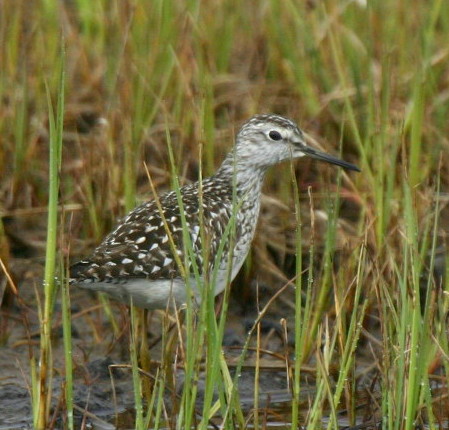 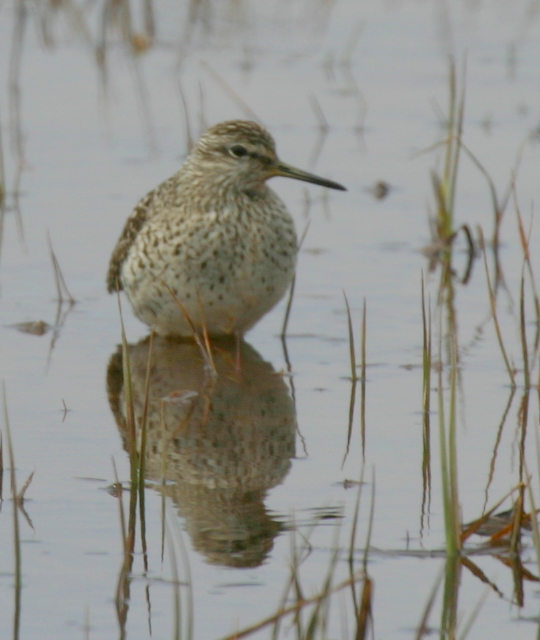 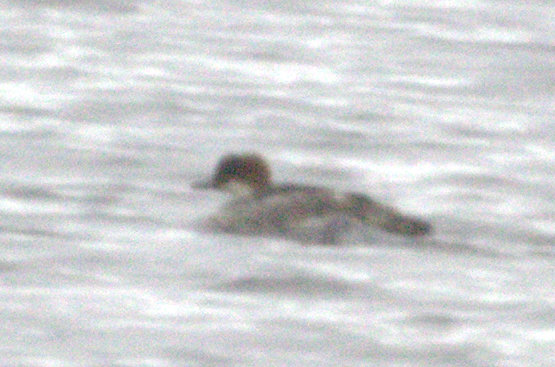 The other birders alerted us to a Wandering Tattler at Clam Lagoon. 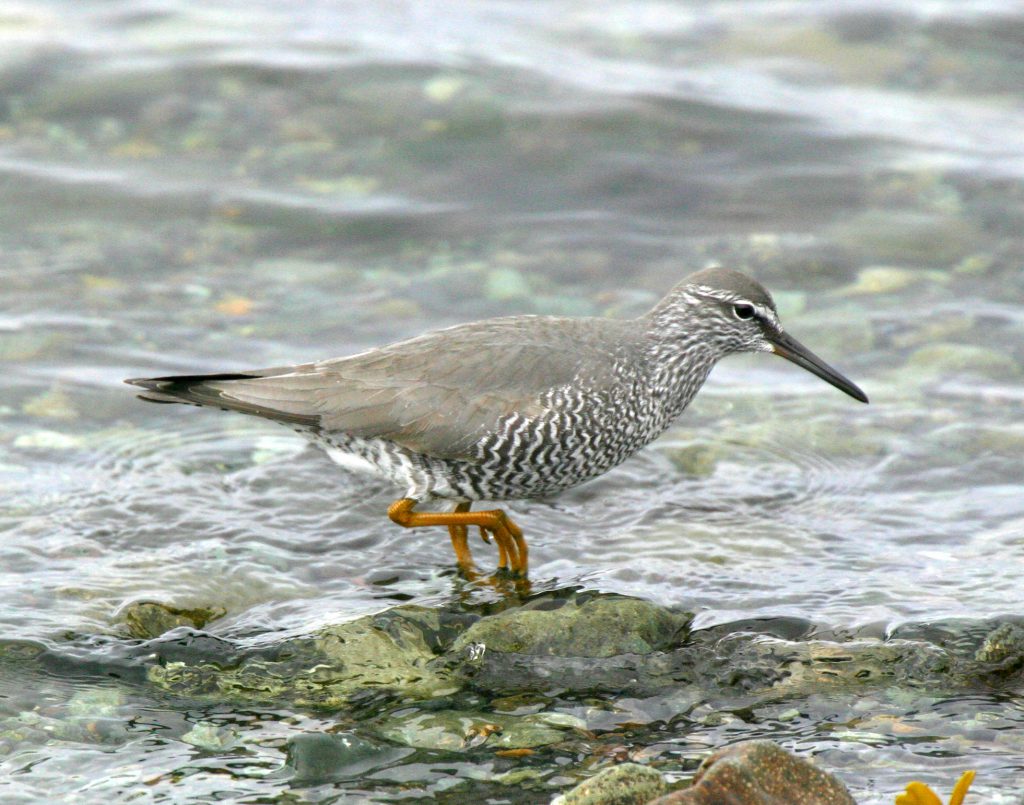 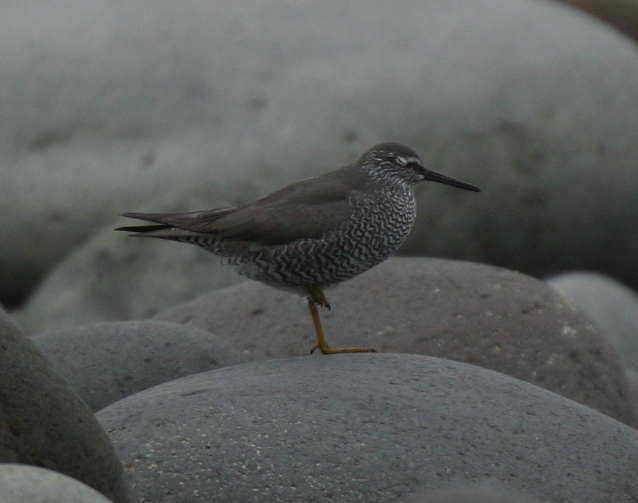 On Sunday (5/20), we found a Black-headed Gull along Bayshore Blvd.

On Monday (5/21) while I was walking the trail along Finger Creek, Barb had a Savannah Sparrow near the road. When I got back to her, we could not relocate it.

No new birds on Tuesday or Wednesday, but on Thursday (5/24) one of the other birding groups from Juneau spotted a Bristle-thighed Curlew out on one of the rocky island just offshore from Bayshore Blvd. It was difficult to see at that distance, but identifiable.

On Sunday (5/27), we found an American Wigeon – very uncommon on Adak. 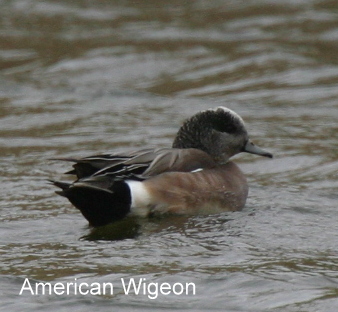 On Monday evening we had just gotten into bed when John Pushock called us to tell us to get our asses up to Clam Lagoon pronto. There was a Spot-billed Duck there! In May, the sun doesn’t set until close to 11 pm!

So we hurriedly got dressed and raced up to Clam Lagoon. The bird was still there – and remained for the rest of our stay. This was only the 5th or 6th record for North America. The number of records is a bit cloudy, as there were several records in 1980 that May have been the same bird wandering around the various islands. 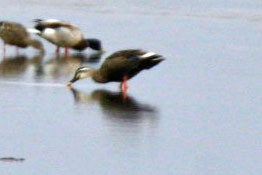 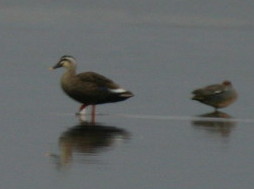 Also on the island during our stay was a free-lance photographer – Tim Barksdale and his assistant Nick– working for Cornell. He was photographing birds such a murrelets and auklets (and whatever else popped up).

He arranged to take a boat out on Wednesday (5/30) to look for auklets. John Pushock and Barb joined him. I decided to stay on terra firma… 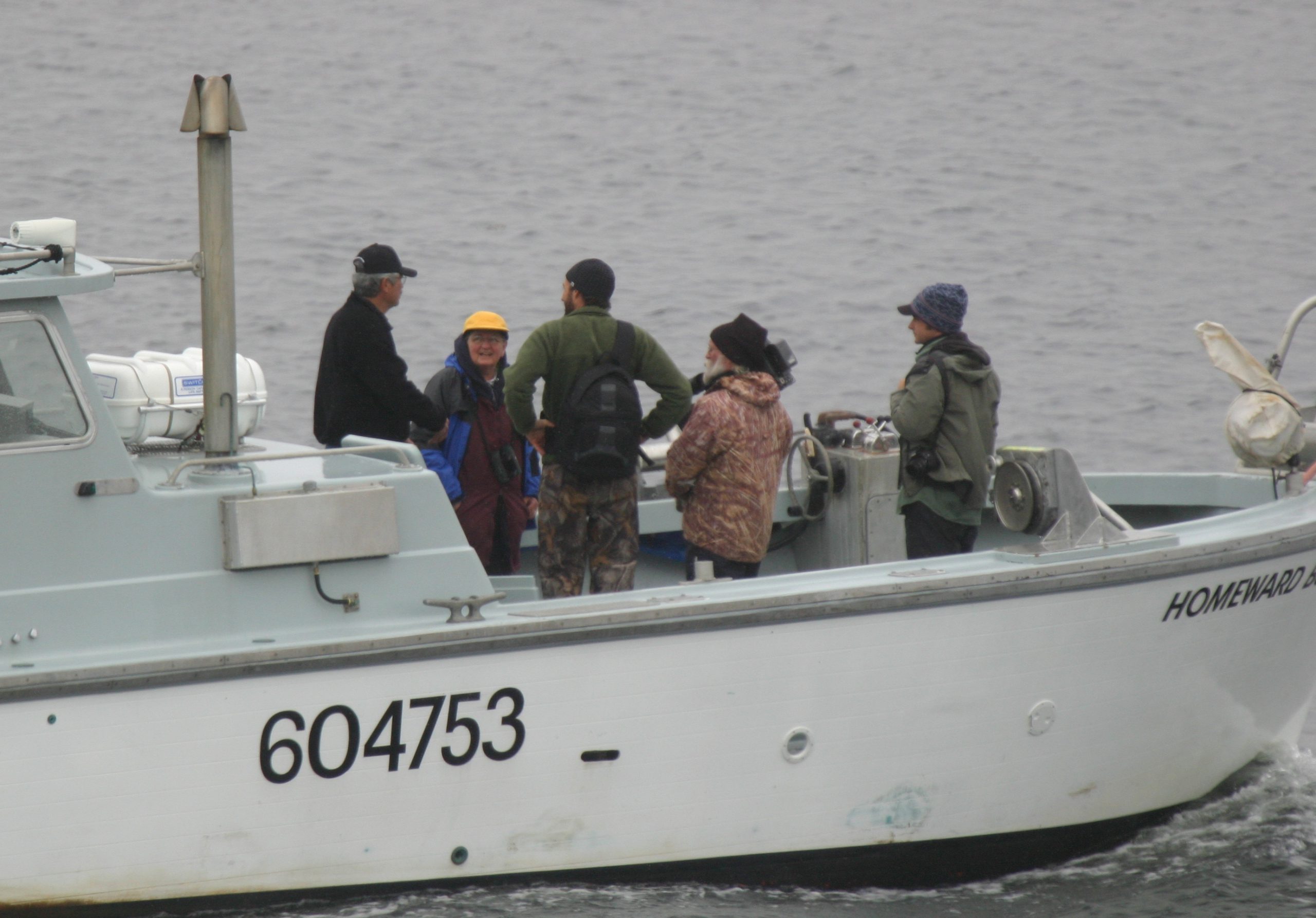 Less than an hour after they departed, I found a Terek Sandpiper in Sweeper Channel. This was only the second record for Adak and a lifer for everyone (if it stayed). 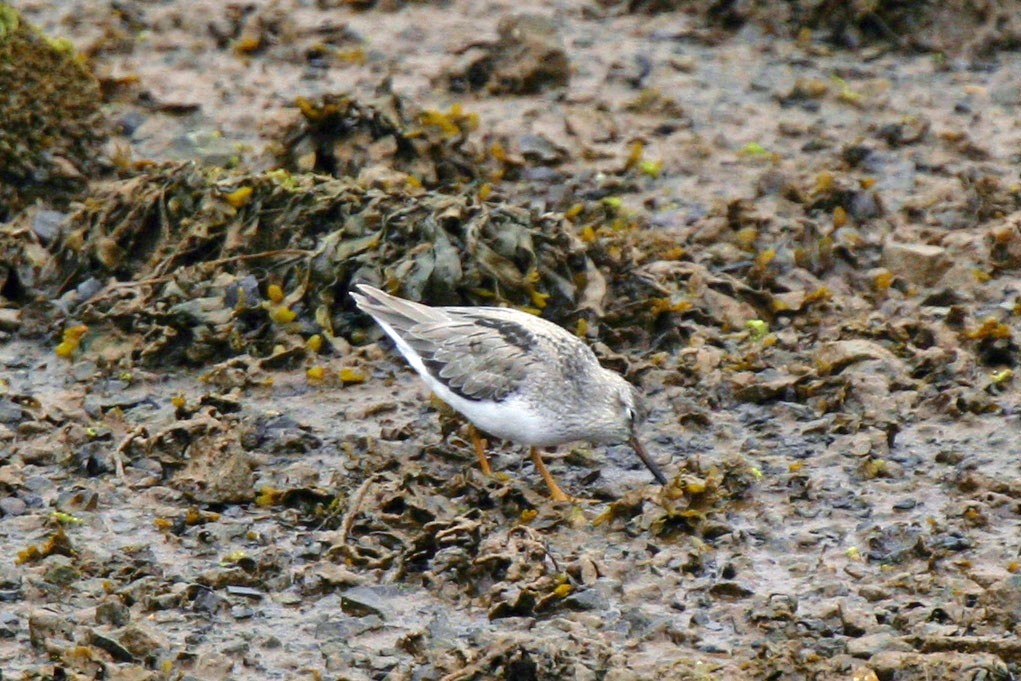 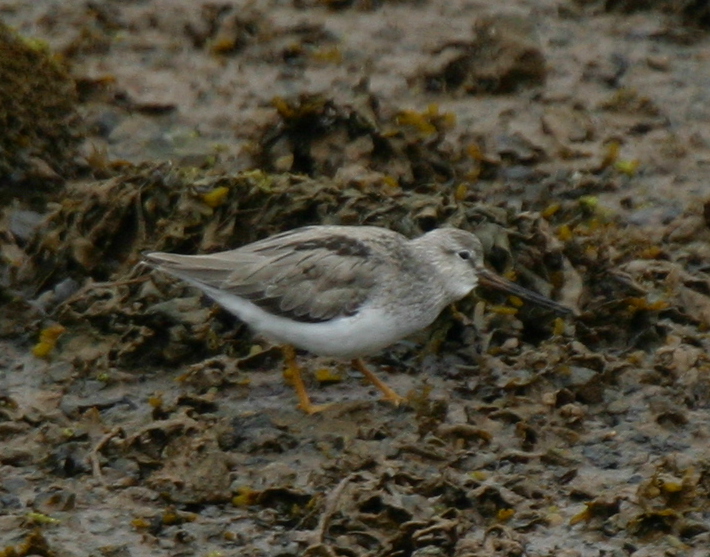 I knew the others would be out on the boat for several hours, but had no idea exactly when they would be getting back. So I birded around the usual spots, but returned to Sweeper Channel every hour or so to check up on the sandpiper. It was low tide when I first found it, but the tide was coming in as the day progressed. I found the bird along the channel each time I checked.

Late in the afternoon, I finally saw the boat heading back in to Sweeper Cove. I radioed them that I had a Terek Sandpiper. They pulled into the small boat marina and were leisurely getting their stuff together. I yelled at them “What are you doing? There’s a Terek Sandpiper here!” It turns out that they could not hear the radio clearly because of the boat noise, so they thought I had said Common Sandpiper!

Once hearing what it really was, they raced up the ladder, jumped in the cars and sped towards the channel (only a quarter-mile away). We got to the channel and the bird was not where I had last seen it!

We spread out and shortly Barb spotted the bird downstream. Everyone got to see it. It was still there the following day.

We added a lot of birds to our Adak list and we both had 6 lifers – Spot-billed Duck, Smew, Short-tailed Shearwater, Terek Sandpiper, Bristle-thighed Curlew, Common Snipe – and Barb had 3 more – Parakeet Auklet, Whiskered Auklet, and Crested Auklet.

We added a few days to the end of our trip to go up to the Denali Highway and try for Arctic Warbler, Smith’s Longspur, and Willow Ptarmigan. Unfortunately, we were too early in the season for the first two and didn’t get out early enough in the morning to get the latter. However, we did add a lot of birds to our Alaska list and enjoyed the foray.

We are planning our next Adak trip for September.