Isaac had alerted us to a Steller’s Eider that had been hanging around the Seawall for several weeks. We headed up there and found the bird. It stayed for our entire trip (to 5/29). 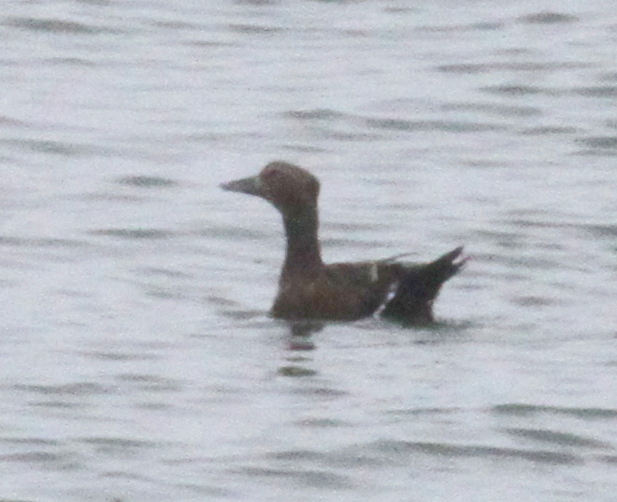 On Monday (5/16) we found a Tufted Duck on the Airport Ponds and a Glaucous Gull along Bayshore Blvd. 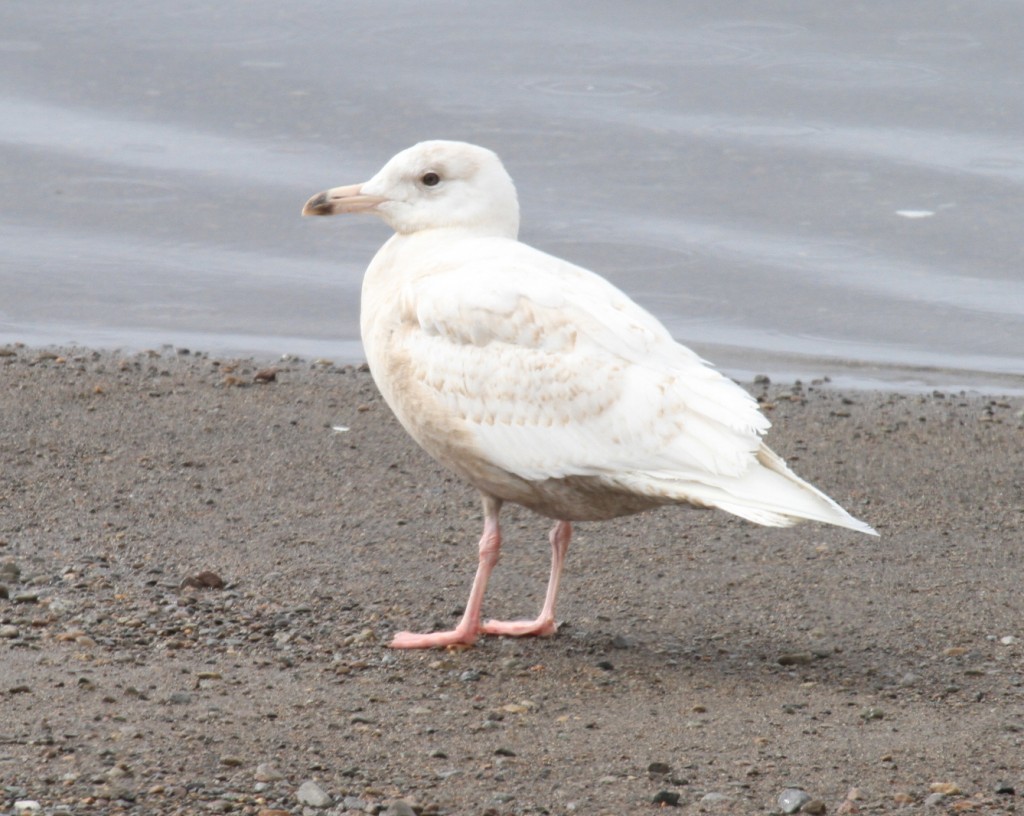 On Tuesday (5/17) we found a Wandering Tattler at the Seawall.

On Wednesday (5/18), up at the Blue Building Feeder, we found a Hawfinch – the first of several. 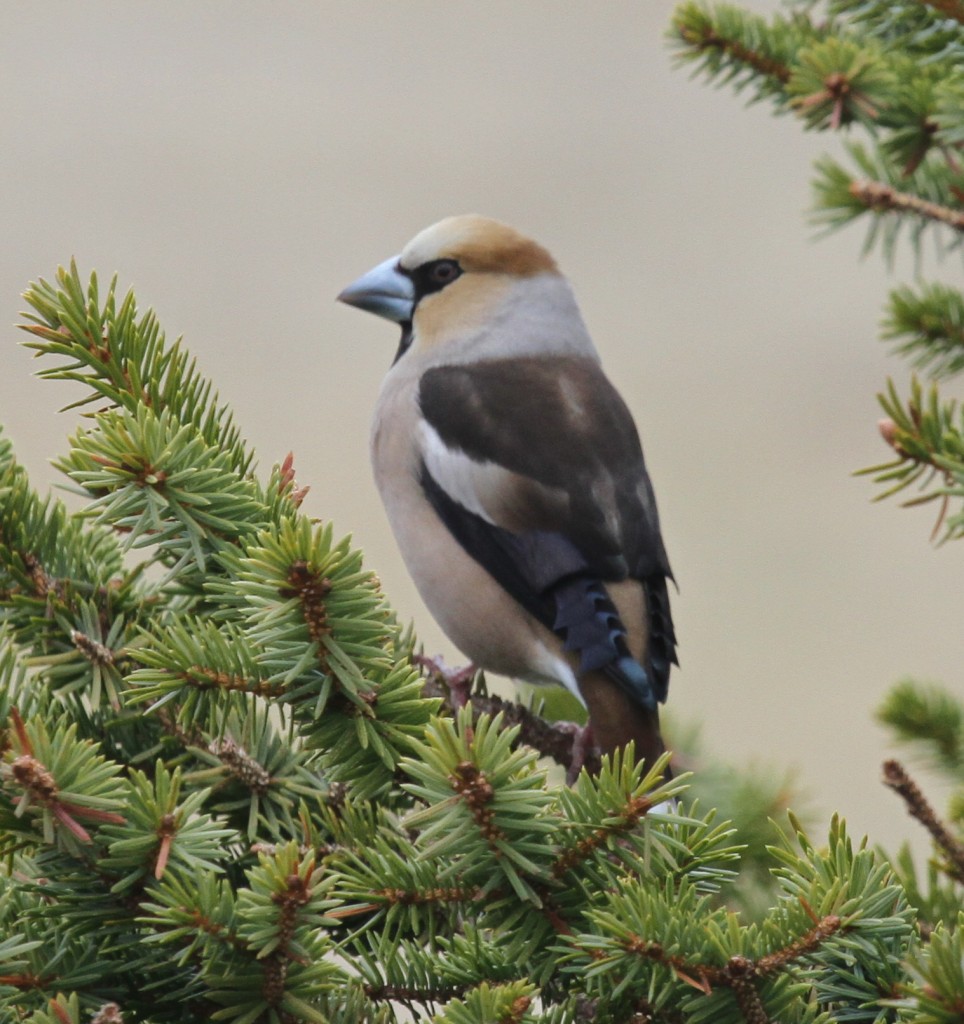 On Thursday (5/19), while scanning birds out in Kuluk Bay from the Palisades Overlook, I spotted a couple of Fulmars just off Zeto Point.

On Friday (5/20), while I was walking through Contractor’s Camp Marsh, Barb found a flock of six Whimbrel (Siberian race). I quickly joined her and saw them.

On Saturday (5/21) we had a Common Greenshank fly over at Contractor’s Camp Marsh, but could not relocate it.

On Monday (5/23) we found a Black-headed Gull at Clam Lagoon.

On Wednesday (5/25) at Sweeper Channel, four Wood Sandpipers walked out of the reeds, saw us and flew off before I could get a photo.

On the Clam Lagoon Peninsula, I found a Red-necked Stint. 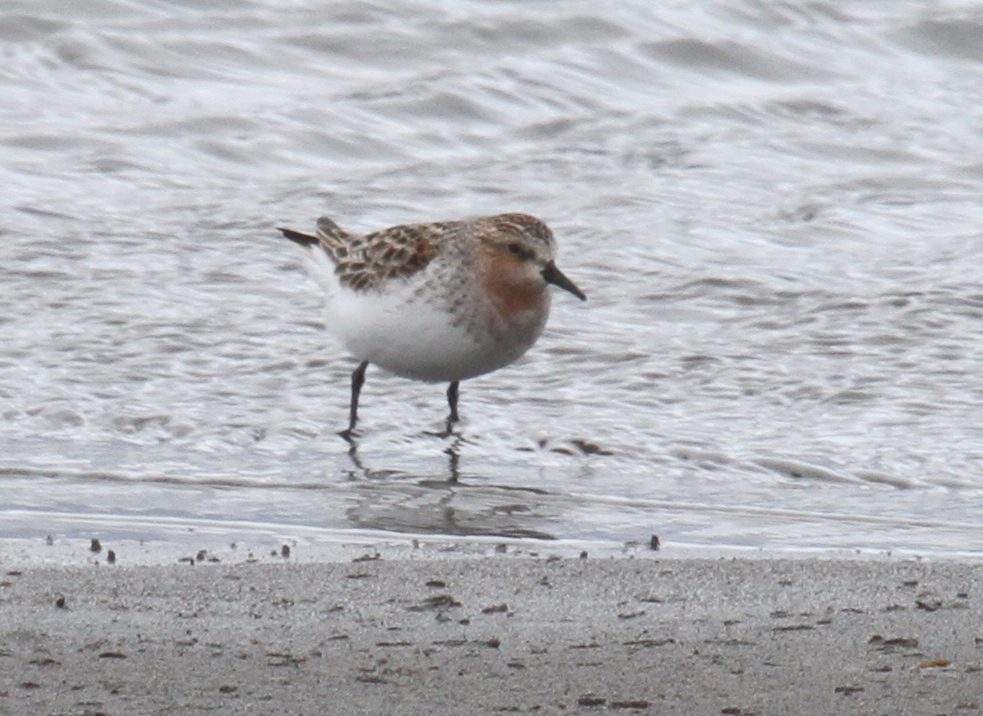 On Thursday (5/26) we found another Hawfinch at the Naval Administration Building Feeder and a female Brambling. 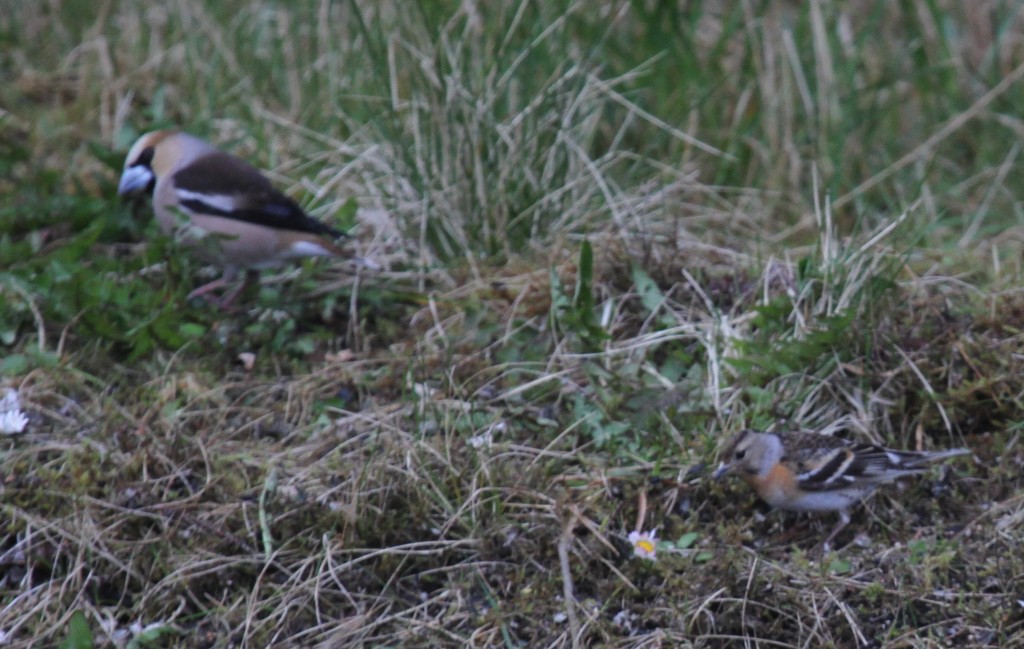 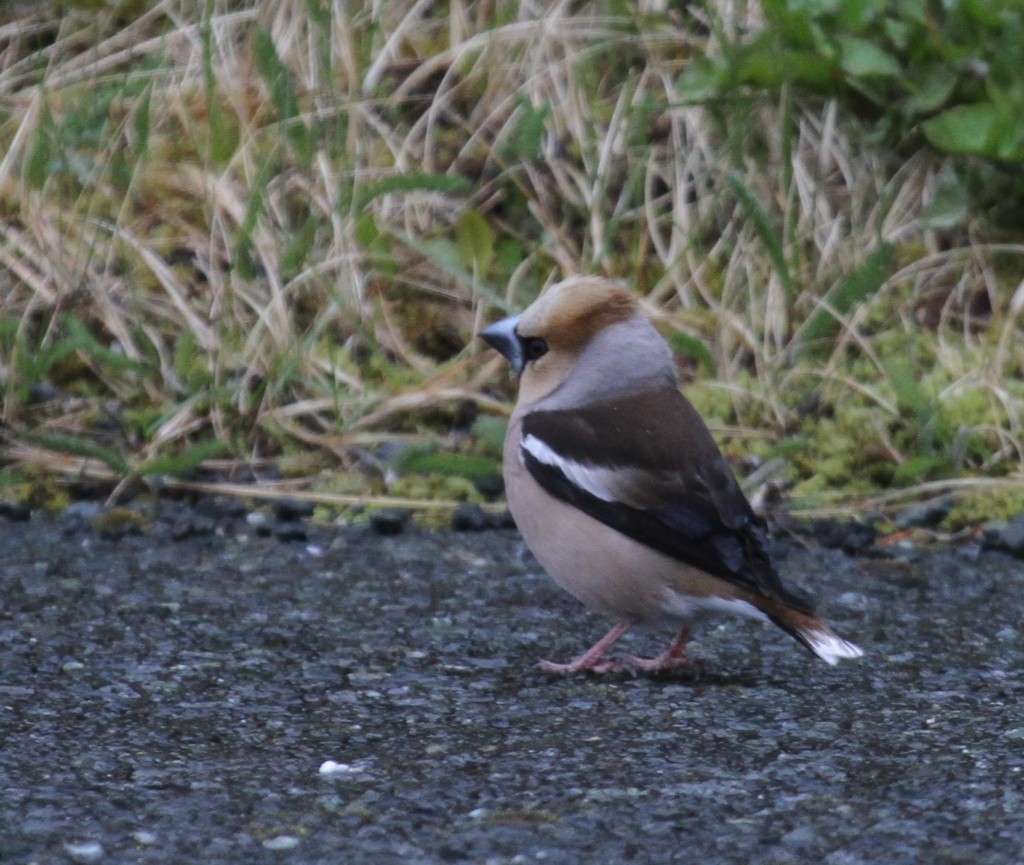 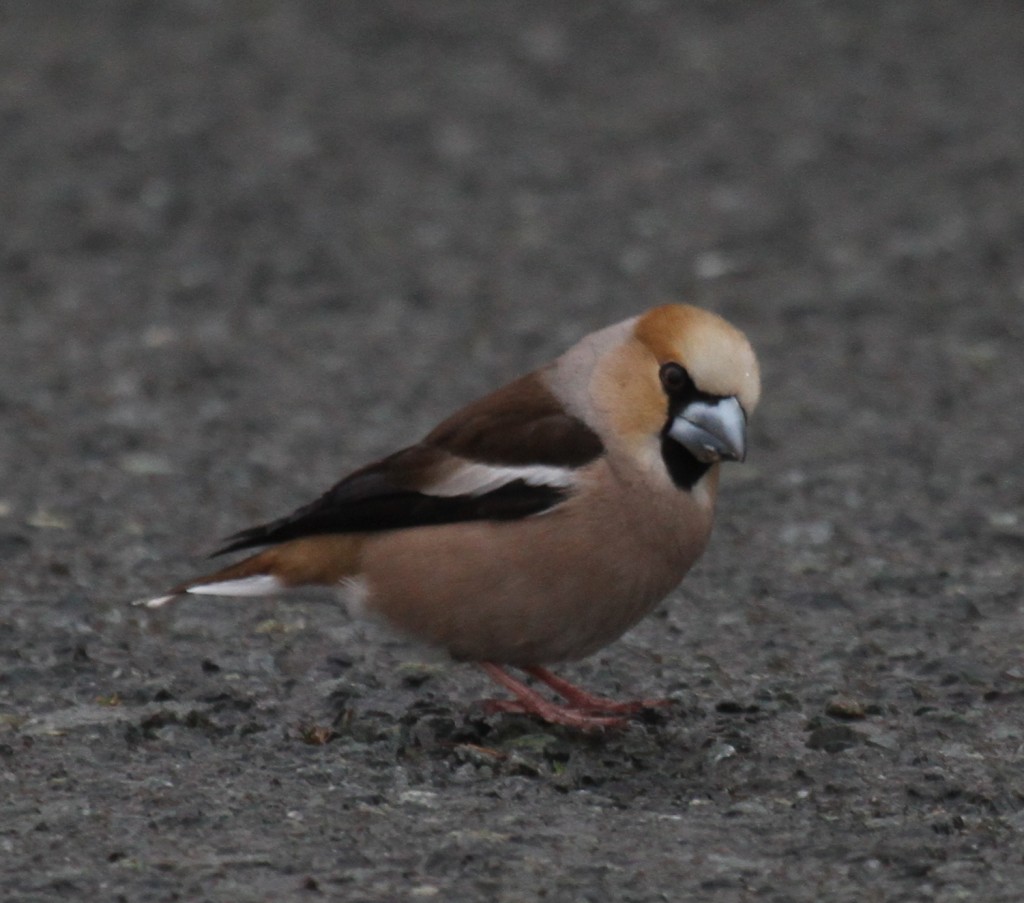 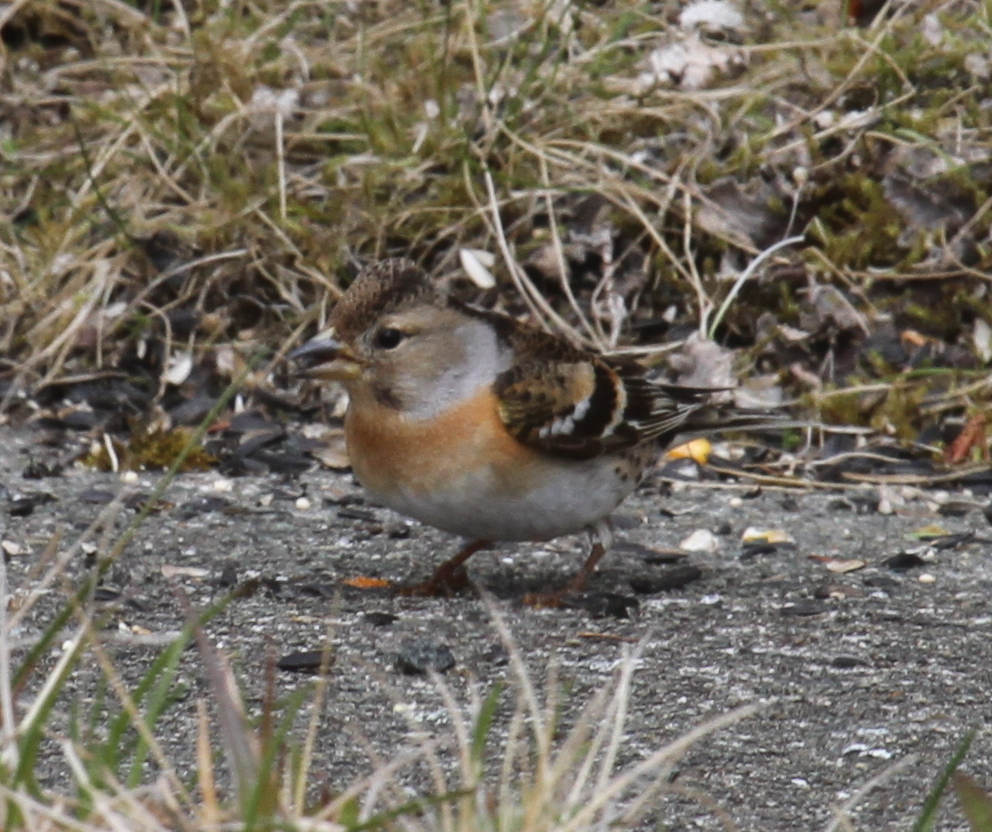 Later, up at the Adak National Forest, we found a male Brambling. 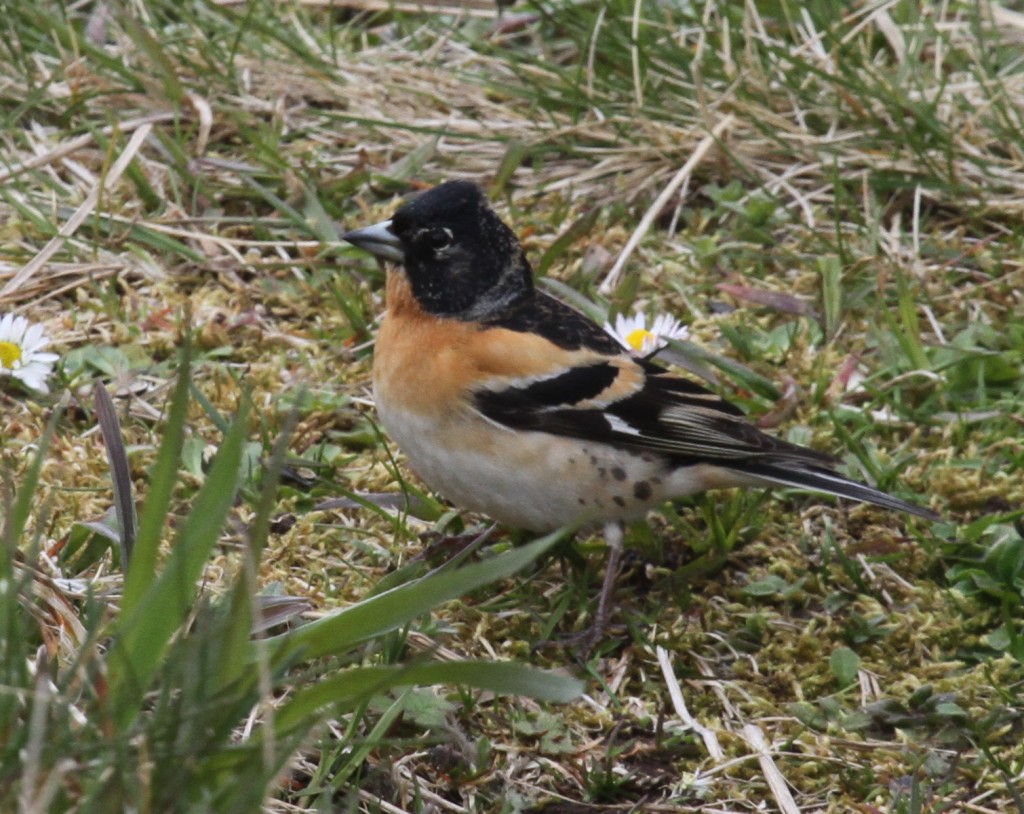 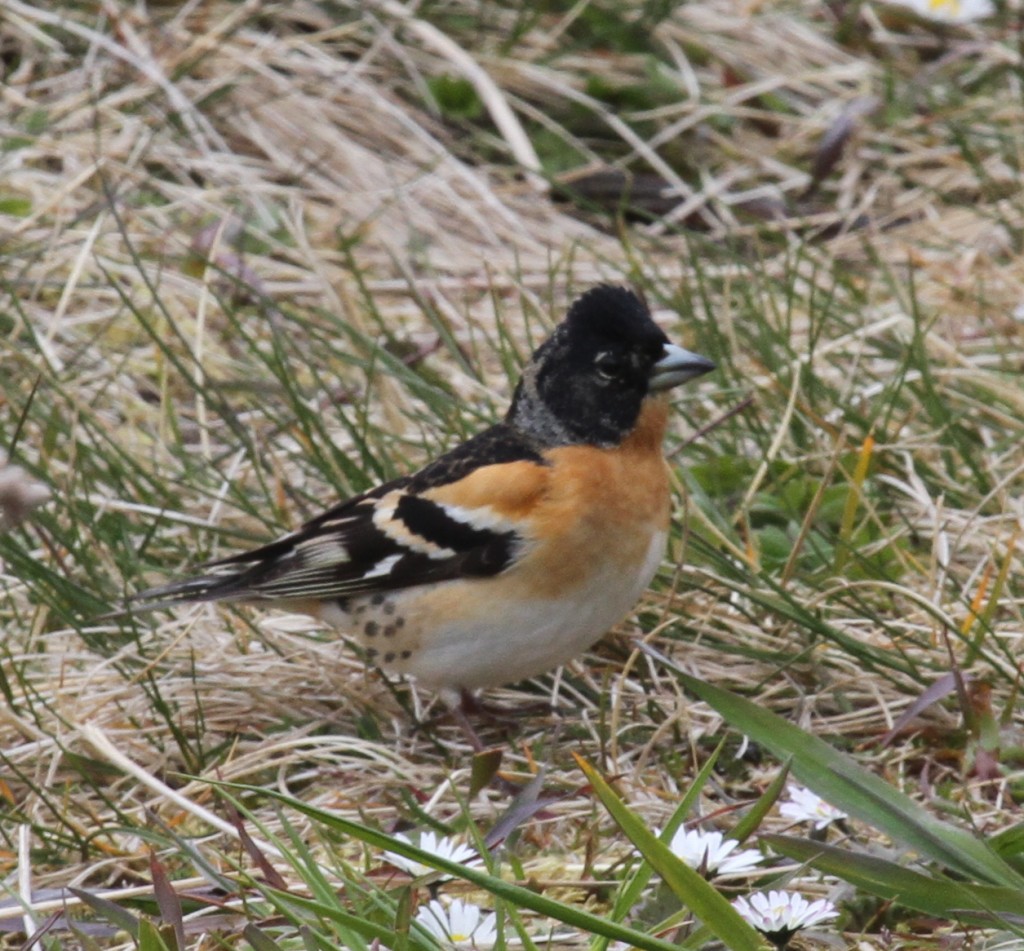 On Friday (5/27) we found two Hawfinches and another Brambling at the Seal Drive Feeder! 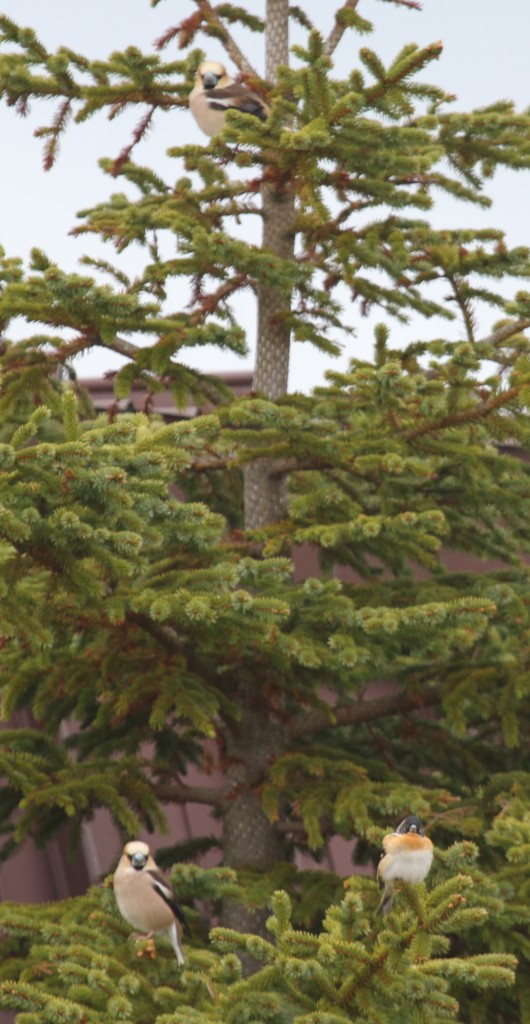 Our trip list was 67. We got one lifer (Steller’s Eider) and although we had seen Red-necked Stint at Bombay Hook many years ago, this one was much more satisfying – a closer view. Also, the multiple Hawfinches and Bramblings were nice to see.

We will return in September.