A fishing boat came in this morning, so we hoped there would be stuff coming out of the Fish Factory outflow off the Sweeper Cove Breakwall, thus attracing gulls. We checked several times in the morning and later in the afternoon, but saw no activity. However, there are always a few gulls hanging around – just in case – and this morning we had two Herring Gulls (American subspecies).

Two days ago, our Ford Expedition had a flat ire, so we got a late start that morning. Today, down at Finger Bay, our vehicle failed to start! Luckily, Bill and John were there and gave me a ride up to the top of the hill where I could get a Cell Phone signal and call for assistance! Otherwise, it would have been a one-mile uphill climb! Anyway, we got another truck (lost two hours of birding time) and soldiered on.

While waiting for the calvary, I got some nice oystercatcher flight photos. 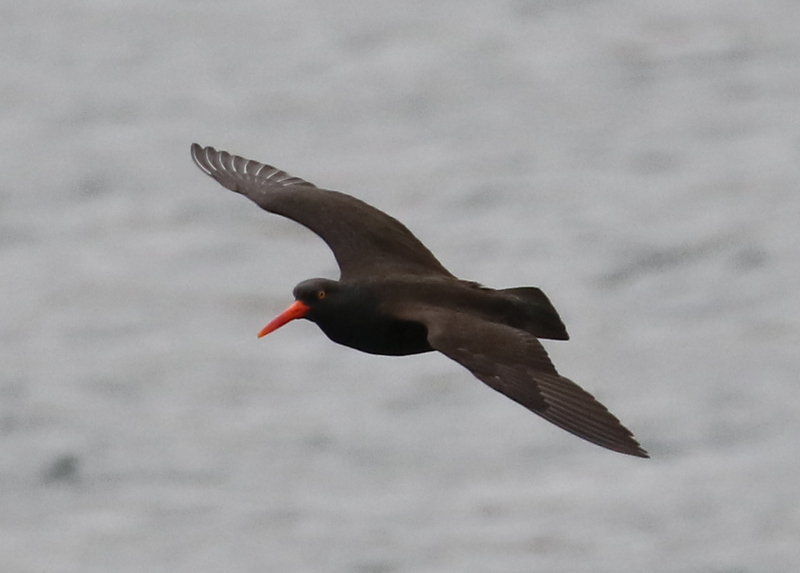 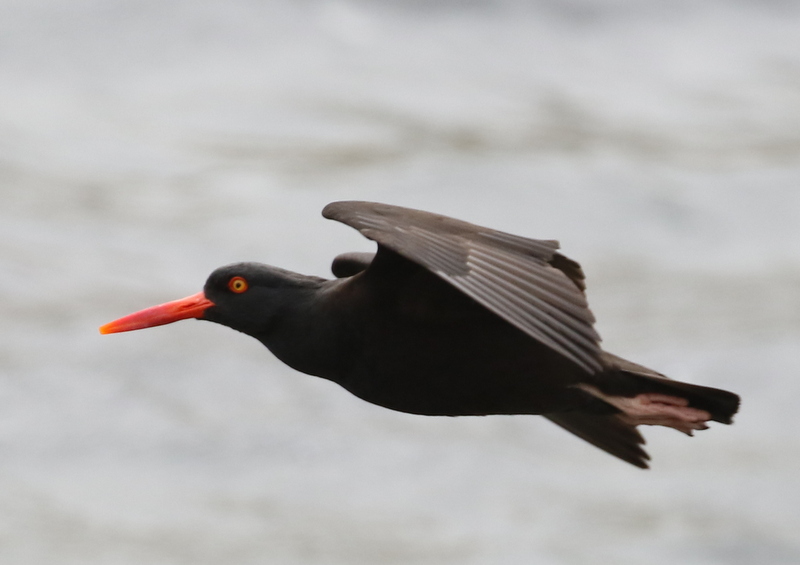 Puffins, all of a sudden, are showing up all over. We had several close Horned Puffins today and many Tufteds farther out.

We saw the Hawfinch briefly this morning, but not later in the day.

The Bar-tailed Godwit and Brant were still on Clam Lagoon, and the Long-tailed Duck was still at the Seawall. 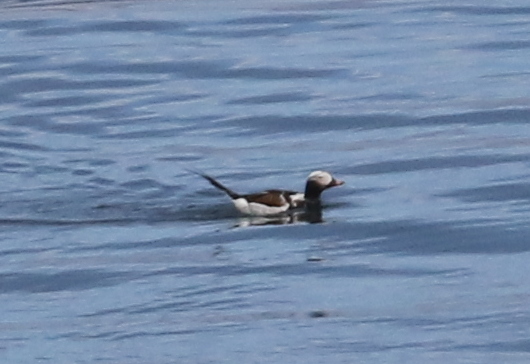 We leave tomorrow afternoon (around 5 pm) and expect to arrive home around 5 pm Sunday.

So my next posting will be Monday morning.

Jon is leaving with us, but Chris will be here until Wednesday. Also, the boat from Attu arrives tomorrow. We don’t know if any of them will remain on the island or just fly out with us. However, the three birders who arrived two days ago should be joined by other birders coming in on the flight for the pelagic trip, and they usually get a day or two to bird on the island after the boat trip. So there will be some coverage for a few days after we leave.