A flock of Rock Sandpipers have been hanging around the Landing Lights Jetty and nearby beach. We had 16 today. Here are a few of them. 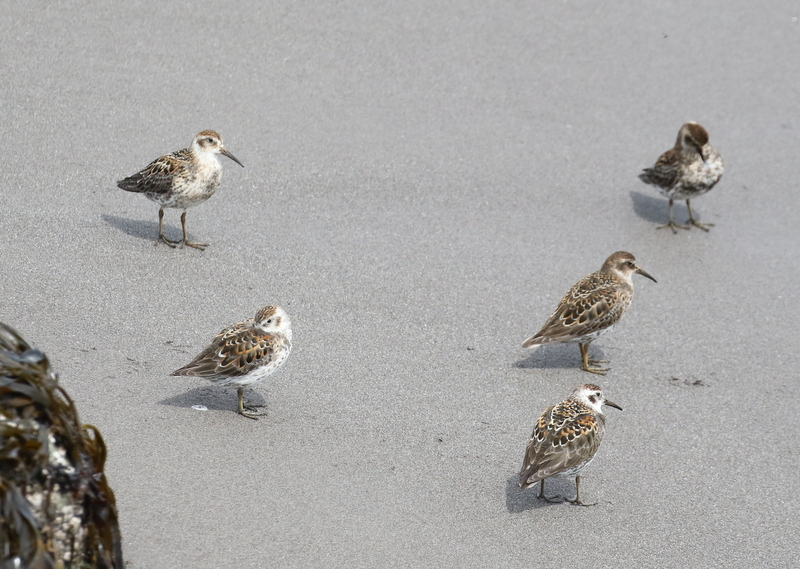 The Brant and Hawfinch are still here, but we did not see the godwit today.

The American Wigeon continues to hang out with the Eurasians on Haven Lake.

And the Long-tailed Duck is still at the Seawall.

We hadn’t seen Buffleheads since June 1, so it was a surprise to see two today at Clam Lagoon. 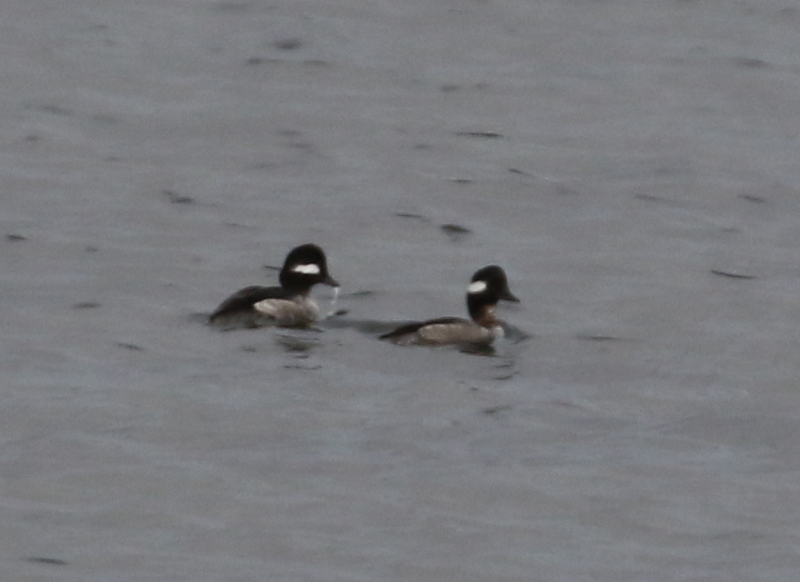 As we were heading home late in the afternoon, Jon called to say he had a Wood Sandpiper. We went and saw it, but couldn’t get John and Bill on the radio. The bird was down the little road near the Power Plant. It had flushed when they drove down the road and eventually flew behind a warehouse there where there is a very tiny wet area. The very same thing happened to us a couple of years ago – same flush-spot, same end-spot — only there were 3 instead of 1 sandpiper. 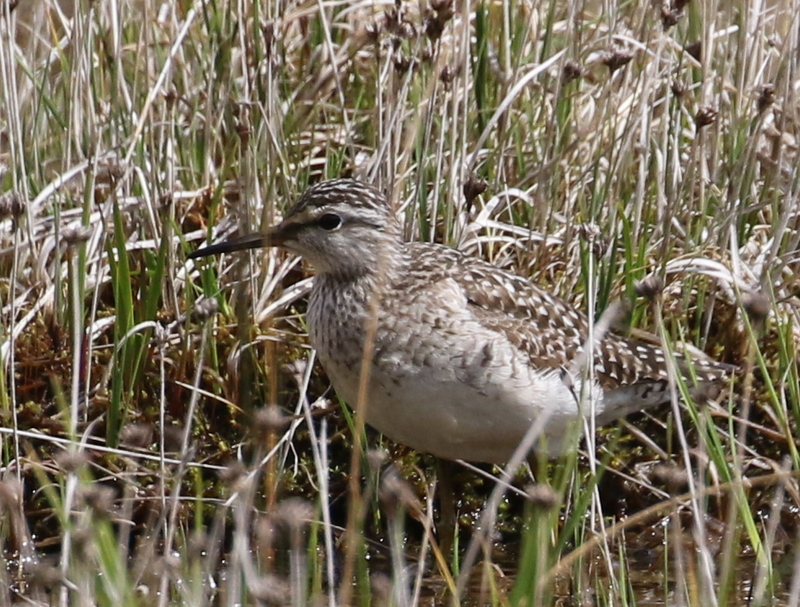 After leaving there, we were able to finally raise Bill and John, but the bird was gone when we got back there. This was the first Wood Sandpiper in several days.

Late in the day, Jon and Chris had a King Eider and a Herring Gull at the Seawall.