The Brant, Bar-tailed Godwit, and Hawfinch are still here.

The latest record for the godwit on Adak is June 15, so we are creeping up on it. Unfortunately, we leave on the 8th and Chris leaves on the 12th, so if this bird stays beyond the 12th, we will not know.

This is the first June record for Brant on Adak, but there are a couple of June records for other Aleutian Islands (Nizki and Amchitka).

We had an American Wigeon hanging out with the Eurasian Wigeons on Haven Lake.

At the Seawall, the Long-tailed Duck was still here. There are records of this species remaining all summer. Also, 2 Pacific and one Common Loon (we had another Common Loon on Lake Leone).

Shearwaters were still flying by the Seawall at the horizon.

As mentioned in a previous post, there are fewer than normal ptarmigan around. Here is one who stood still. 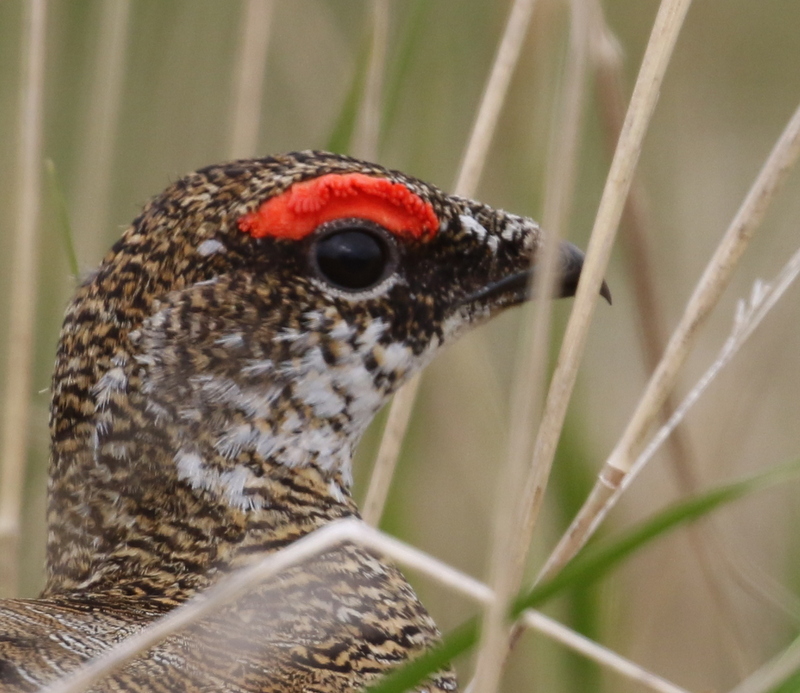 We had three Ancient Murrelets in Sweeper Cove.

The Horned Grebe was still in Sweeper Cove. There are no Horned Grebe records for June on Adak, so this is a late date.

Up at the North Quarry, a Snow Bunting posed a second. 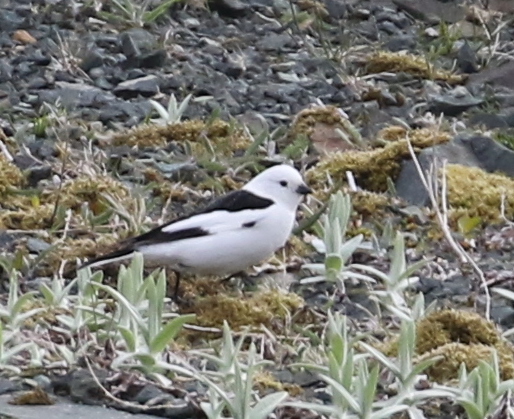 Finally, at the Seawall, we had a Thick-billed Murre. The inverted “V” neckline was visible, but it dove and emerged too far out for photos. Maybe tomorrow. They are uncommon this time of year.