Our windiest day of the trip. Because of the wind it appeared birds were more skitterish, flying off before we could get anywhere near.

In spite of that, we added several trip birds today.

While up at the Seawall, Jon, et al. Spotted a Long-tailed Duck, which we then also saw.

Also, we saw Short-tailed Shearwaters off in the distance.

Along Clam Lagoon’s shore, we had a Black Oystercatcher (eventually we had 7 for the day). 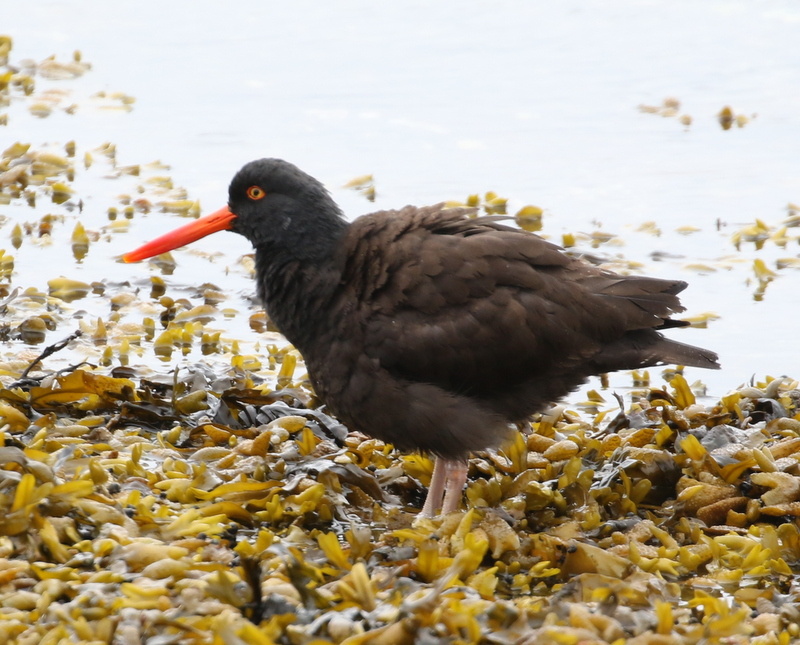 Down at Finger Bay, we found an Ancient Murrelet and then 5 more. Also there, we saw a non-breeding plumaged Horned Puffin (our first Horned for the Trip). 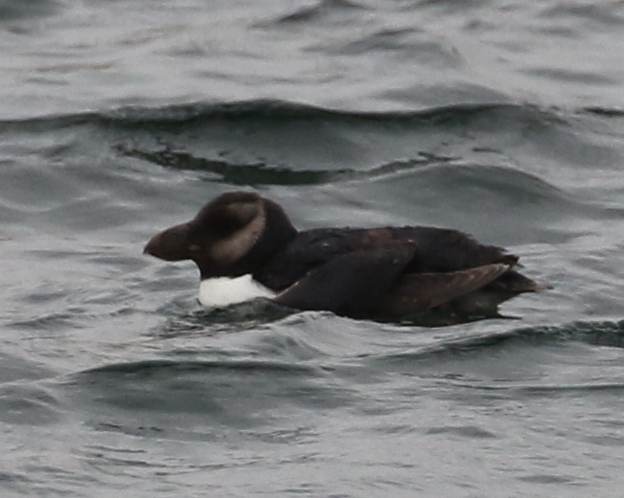 On the way back towards town, as we were pulling into the North Quarry, Barb spotted a Wandering Tattler on the rushing stream there. It did not cooperate for photos. However, it did stick around for Jon’s group to get it later.

We also saw a Gyrfalcon. Based on descriptions of the Gyrs being reported, there may be as many as three here.

Jon’s group had seen the Swan and some Plovers at the Marsh this morning, but they were gone by the time we got there. So, after dinner, we went back up there to see if they had returned. Jon’s group was heading there also, so we met up there. No swan or plovers.

We all decided to take a quick look up to Clam Lagoon. We got there and scanned the flats for the godwits or anything else. As we were getting ready to head back, Jon yelled “Common Greenshank!” It flew overhead and landed in a small marsh and disappeared  about fifty yards away. As we approached the marsh, it flew, but I got a few photos. 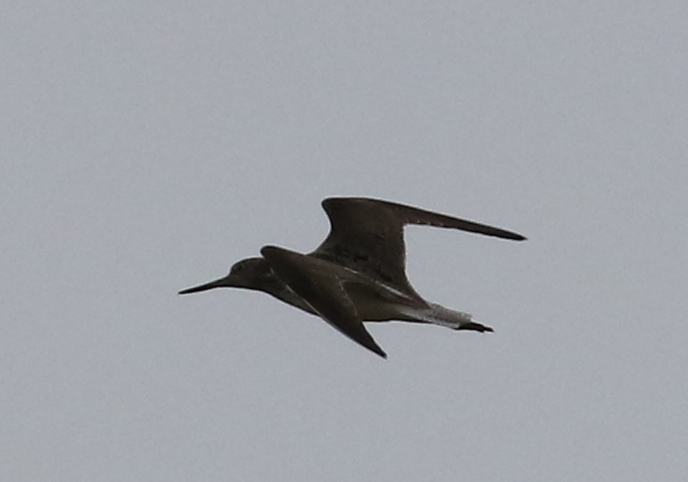 We returned to the house to work on this blog, etc. No sooner were we settled, than Jon called about three Whimbrel on Bayshore Drive. We scrambled up there and got them. They were the Siberian race (we have never seen the American race up here).

Earlier in the day, when we were at the South Quarry, we again saw a Gyrfalcon sitting on the same little knoll where we had seen one last fall. We also noticed a lot of whitewash on various spots on the cliff-side which looked like roosting areas. So I asked the guys later if any of them would like to come with me down to the quarry late in the evening (the sun is setting here around 11 pm!!) to see if the Gyrfalcon was using those roosts.

Jon volunteered. So after the Greenshank and Whimbrel excitement, about 9:30, we drove down there.

Well, they were roosts — just not Gyrfalcon roosts. They were Raven roosts. Pretty neat, but not quite as exciting…

On the way back, we stopped at the North Quarry and refound the Wandering Tattler. This time it stayed put. 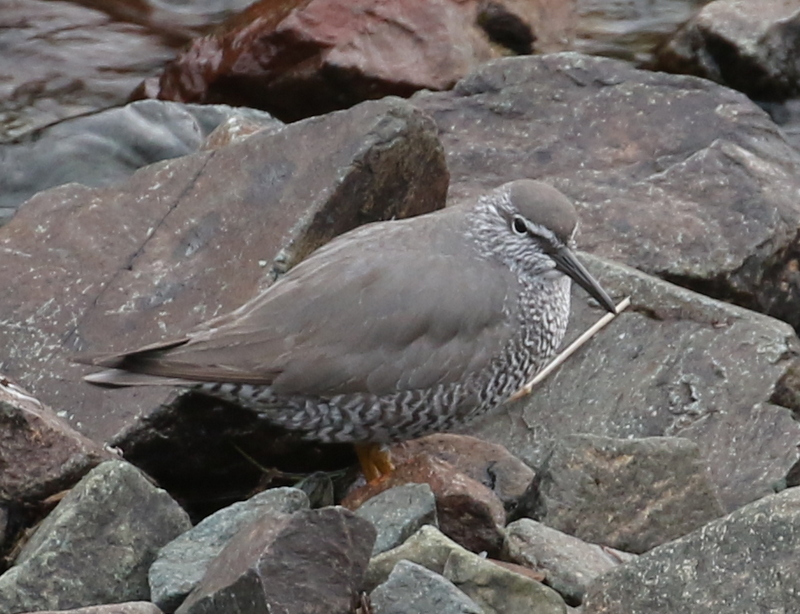 We then drove up into the quarry which is next to Lake Leone and found the Common Loon which they had earlier, but which we had missed. 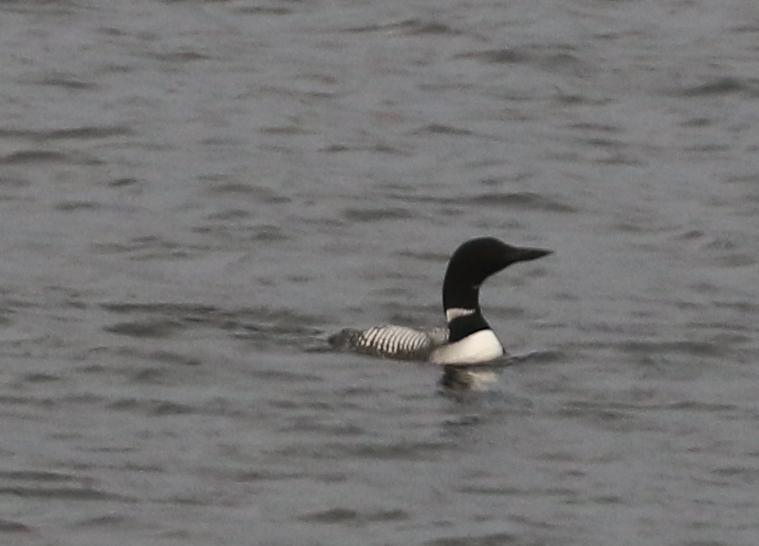 Then, to top it off, we checked the Airport Ditch on the way back and found another Wood Sandpiper!

Not a bad day…

By the way — There are very few Rock Ptarmigan here this year. Apparently, last year was a very poor breeding season. We are only seeing one or two each day, compared with maybe a dozen or so, normally.

So far this trip, the following species have been seen by other birders, but not us: American Wigeon, Arctic Loon, Common Merganser, Pacific Wren.

The weather systems in the Bering Sea are stuck in a rut. There are not moving much – more wobbling than anything. Hence, our winds continue from the north. Not good for Asian rarities.

But we will keep on lookin…