At the Marsh today we had 4 Pacific Golden-Plovers and the Pectoral Sandpiper. Here are two photos of the same bird. Hard to tell…

I  assume they are the same bird, as only one Pectoral Sandpiper has been seen the the last three days at this spot (and Pectorals are rare here in spring!). It could be that one left and was replaced by another, but I am skeptical. It just goes to show how lighting, posture, and wind can change the appearance of a bird.

The Tundra Swan is still hanging around the Marsh. 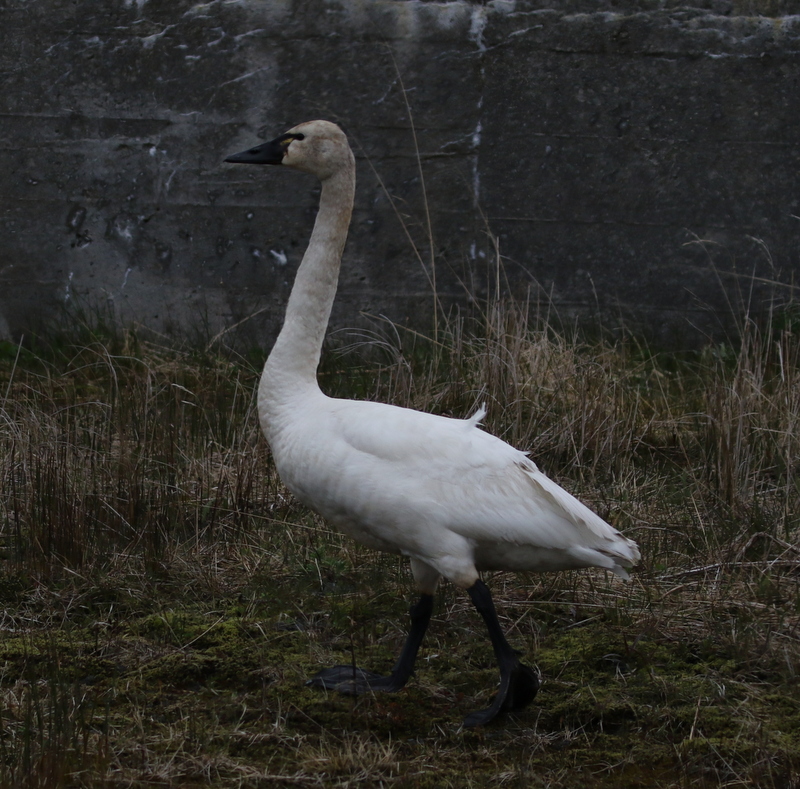 At Clam Lagoon, while on the east side, we spotted a light-phase Jaeger on the west side. Since 99% of the Parasitic Jaegers on Adak are dark-phase, we always look closer at any light-phase. We couldn’t tell from this distance, but later on got a closer view and confirmed it was a Parasitic.

In all of our trips to Adak, Arctic Terns have always avoided my camera. I have some poor shots, but nothing like the Aleutian Terns, which have posed for me on more than one occasion! Well this year has been different – as you saw on the previous few days. Here is another one. 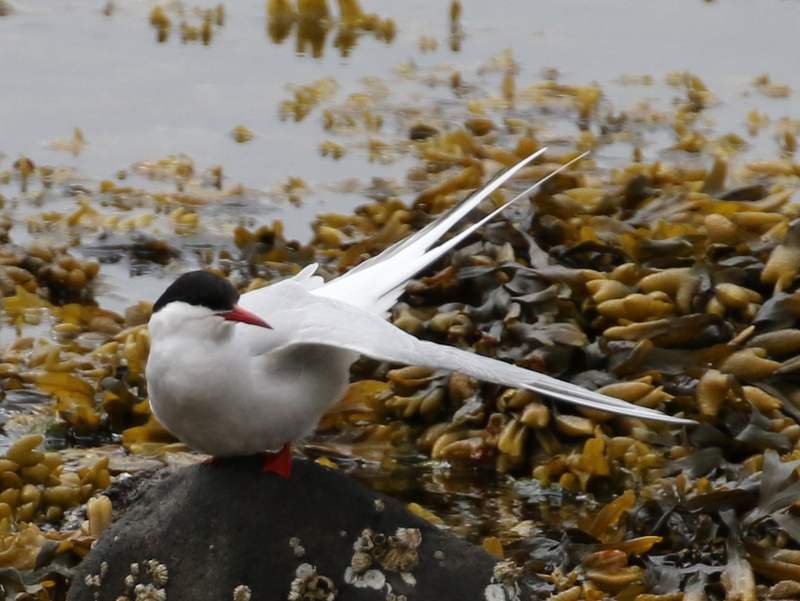 After returning to town, we went down to the Airport Ditch. I spotted a Long-billed Dowitcher! This was the first May-trip dowitcher we have had. We get them regularly on our fall trips, but never in the spring. There are only a few spring records for Adak. So this was a good bird! We radioed the other groups and they soon arrived as we were leaving. Moments later, they called us to say there were two! We returned and got photos of both. 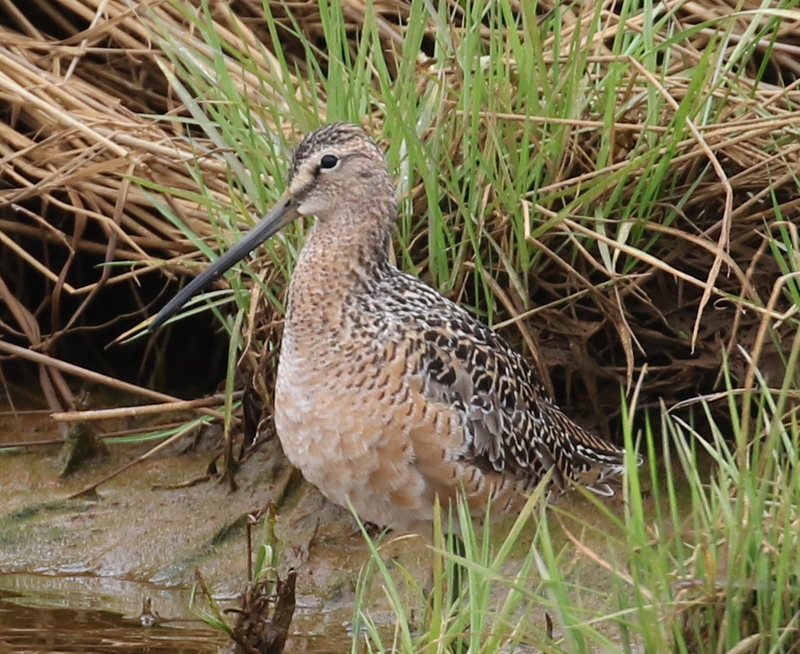 There was also another Pacific Golden-Plover nearby.

When we got back to the house, I downloaded today’s photos. Earlier, I had walked the Clam Lagoon Peninsula and marsh edge. As I was about half-way down, I spotted what appeared to be two shorebirds east of the South Lookout. Being without a scope (I just carry my camera on these treks), I took a long-distance photo, enlarged it on my view-screen, and decided they were just teal (fuzzy photos on a small screen in gale-forced winds!). SIDE NOTE: Common (Green-winged) Teal out here look like shorebirds at a distance when feeding on the flats. They also peep like shorebirds and fly like shorebirds! It is very frustrating to say the least! Really!

When I viewed the photos on the computer later, I saw that they were indeed shorebirds – probably godwits. I radioed Peder’s group (I couldn’t reach the other) and gave him the info.

After dinner, we headed back up to the lagoon and found Peder’s group just returning to the truck after confirming the godwits. Not only that, but they had 5 Whimbrel fly over heading back towards the main road. We spent some time with them trying to locate the Whimbrels, but had no luck.

They headed back to town, while we scanned the flats and relocated the godwits for a better view.

We later were able to get in touch with the other group and gave them the info.

Peder’s group also reported to us an American Wigeon. Eurasian Wigeons are the common wigeon out here, but every spring there are one or two Americans.

One other note. As we were heading back to town earlier, we saw two ravens down on the beach at the water line, digging and feeding on something. I filmed a video of it.

We have no idea what they were digging up out of the sand, but they were being very successful at it.

The new birds today show that migrants are working their way to Adak in spite of the wind direction.

The two groups are leaving tomorrow and Jon, Jim, and Chris are arriving.