Although there have been a couple of fishing boats in, the fish factory has not been outputting any stuff to the outflow, so the gull activity has waned.

We checked all of the feeders and bushes and trees, but all we found were native species.

As we were approaching Contractor’s Camp Marsh, Barb heard geese, so we got out of the truck and scanned. There was a flock of about one hundred Cackling Geese going over. They were high and not intent on landing.

A Peregrine Falcon was sitting on a guy wire surveying the marsh. 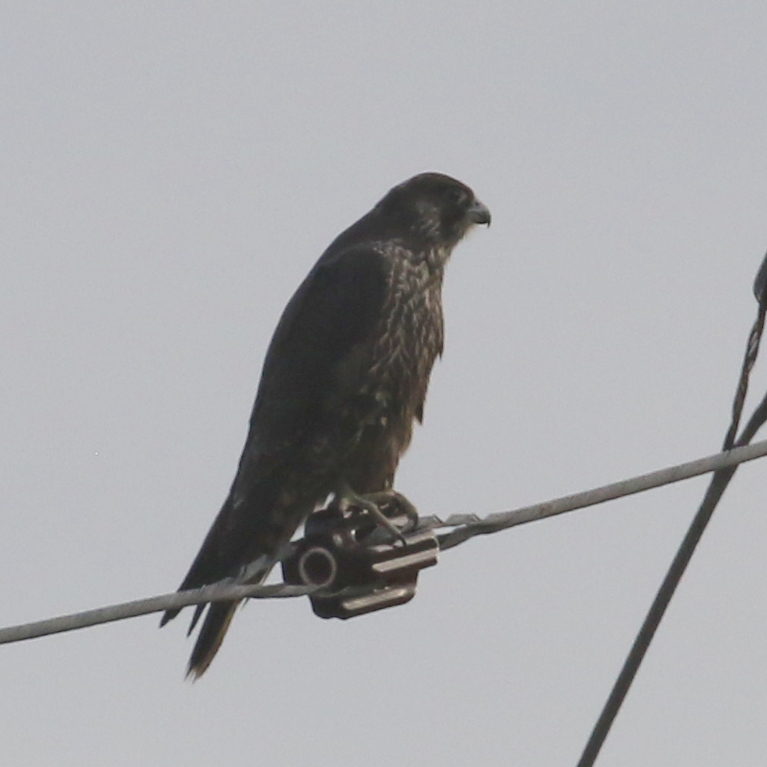 After checking Warbler Willows, we went up to Lake Jean (an arm of Lake Andrew) and found a flock of 21 Greater Scaup and one male Bufflehead! This is an early date, as Birds of the Aleutians lists Oct 11 as the early date for the Aleutians (and Oct 17 for Adak).

At Clam Lagoon, out on the peninsula, there were 9 Sanderlings. 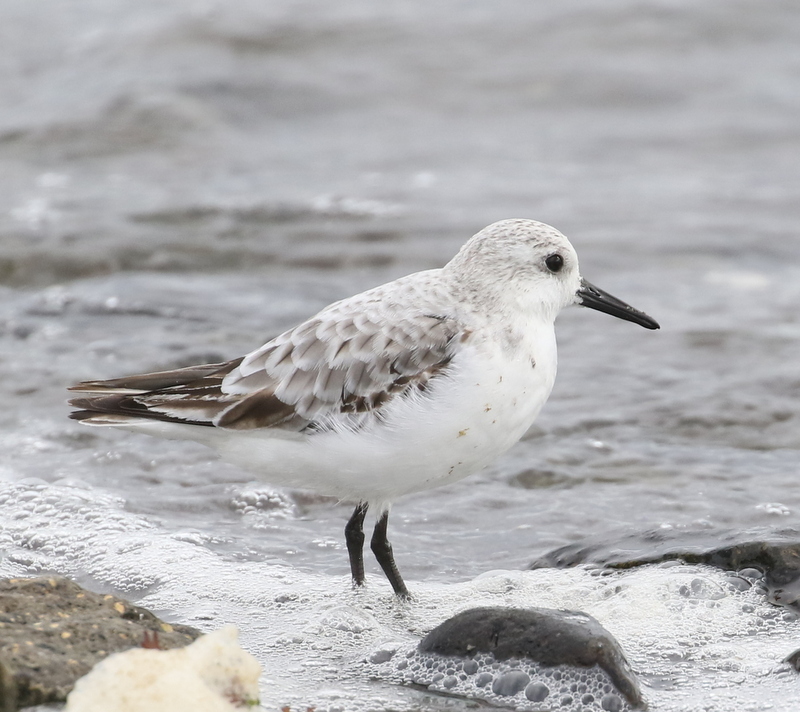 Later, at the South Lookout, we saw the flock of 29.

At the Seawall, Horned and Red-necked grebes continue in good numbers. A Common Murre came in close enough to photograph.

Our Trip List stands at 59, which is way above average, although no lifers contributed.

We leave tomorrow evening (6 pm) and will be arriving home late Sunday afternoon and hope to try for the Rock Wren in Bucks County early Monday morning (assuming it is still being reported), so I won’t be posting the wrap-up until Monday afternoon (EDT).