Temp in the low 50s, partly sunny, becoming overcast in the afternoon, Wind WSW 10-15 increasing to 20-30 in afternoon.

At the Airport Creek Bridge, we had 3 Ruddy Turnstones, our first since Thursday.

After passing the Sanderling, just around the bend, a peep flushed again before I could identify it (no, I do not know the peep calls…). Very frustrating.

As I returned, the Sanderling was crouched in a foxhole, trying to stay out of the 30 mph winds. 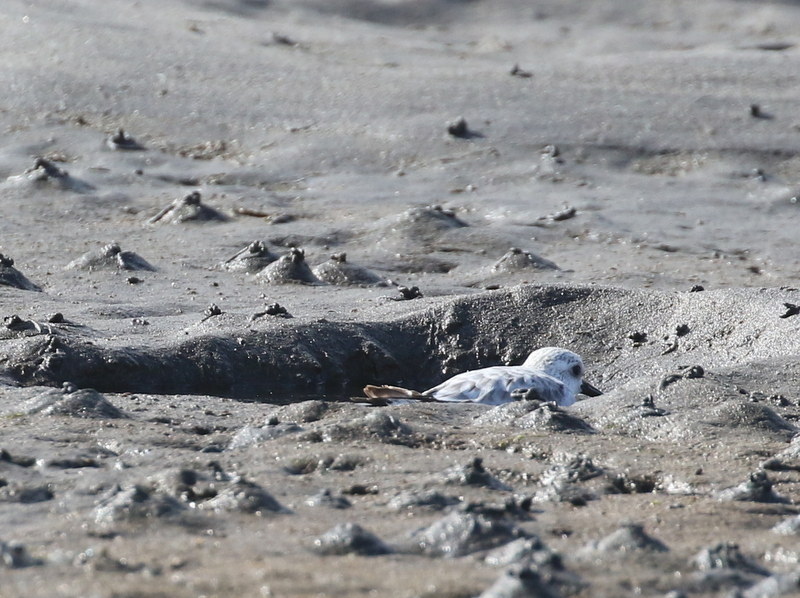 At the Lake Andrew Rec Center, a trio of eagles tried out the play equipment.

At the Seawall, we had the usual suspects.

At Lake Shirley, the Northern Pintails had gone, but the number of Greater Scaup had increased.

Lake Ronnie was where the Common Teal were hiding today. I scanned though the flock, but could not find anything different.

Back at the Seawall, we found another far-out Yellow-billed Loon. Then a large splash caught our eye. It was a Steller’s Sea Lion working on a fish he had just caught. 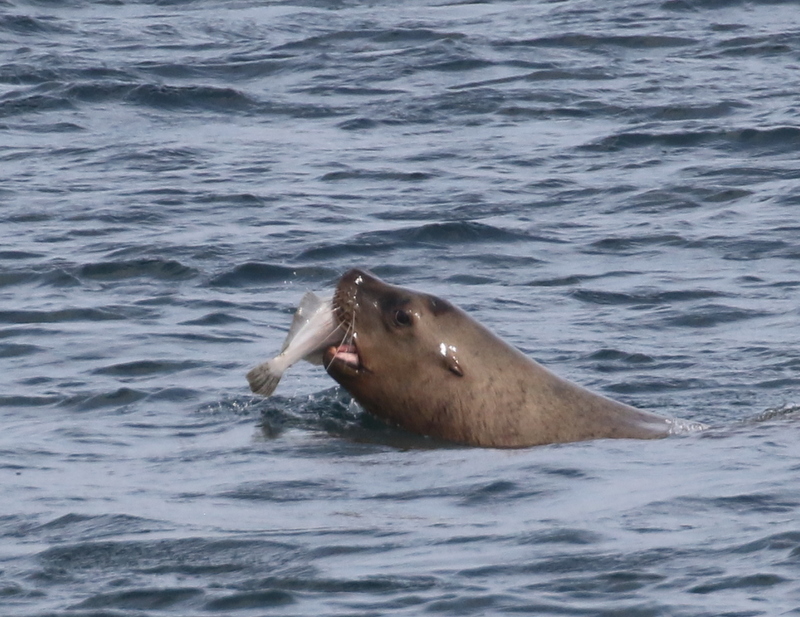 When we got back around the lagoon, the Sanderlings were on the mud flat adjacent to the South Lookout (don’t know if “Lonesome George” had joined them…).

The winds are getting stronger. Hope springs eternal…