Temp in the low 50s, mostly cloudy, rain in the morning, partly sunny in the afternoon, Wind WSW 10-20 mph diminishing in late afternoon.

We added a few trip birds and one year bird, but otherwise, pretty slow.

At the Seawall we saw a Crested Auklet (year bird). This is the third fall trip on which we have seen Crested Auklet close to shore. The other two were in Sweeper Cove and just outside Sweeper Cove. As were those previous sightings, this one also was an immature.

We also found one Ancient Murrelet there.

At the Landing Lights, I saw the flock of 25 Sanderlings on the beach at the Airport Creek Bridge. But, by the time I got back to the truck and we drove the thirty yards up to the bridge, they were gone. One of the birds looked darker than the others and was probably a bird that hadn’t finished molting yet, but it could also have been another sandpiper.

Earlier in the week when Jon, Jim, and I walked out the Clam Lagoon Peninsula, we found a Sea Otter carcass. 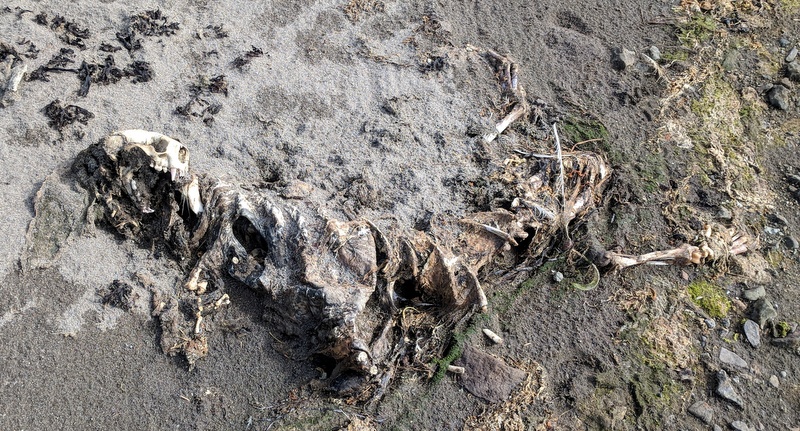 Sea Otter remains, Clam Lagoon, Sept 28, 2018They look a lot cuter like this… 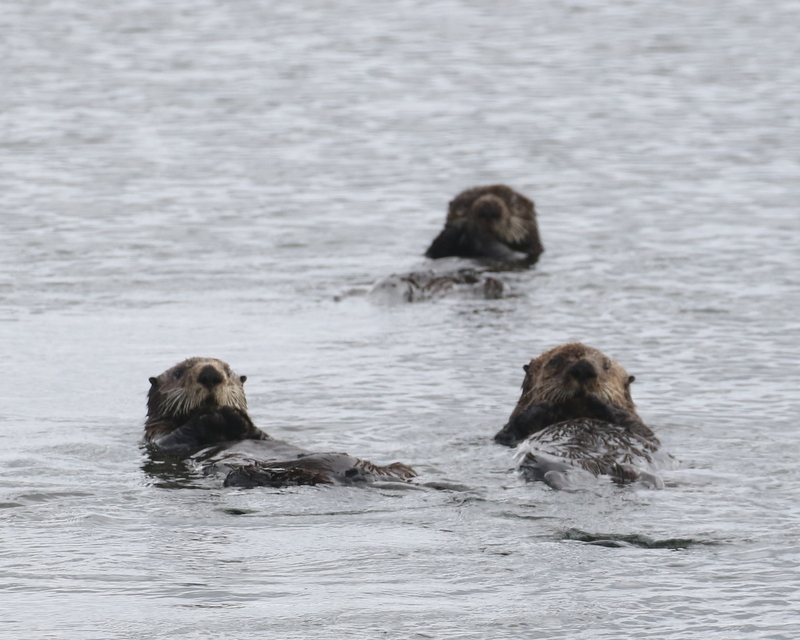 I walked out the Peninsula this morning and had a small shorebird flush ahead of me before I saw it on the ground. It circled out over the lagoon and back behind me, but when I returned, it was nowhere to be found. Yesterday, when a Pectoral Sandpiper that I was trying to circle around so as not to flush it, flushed, it was soon joined by a smaller shorebird from farther up the marsh edge. They put down a hundred yards ahead of me, but when I got to that area, all I could find was the Pectoral. So there is a small shorebird hanging around — just have to get a look at it.

After dinner, we headed back up to Clam Lagoon. This time of year, the Common Teal hide most of the day in hidden ponds and channels (hiding from hunters and predators we suppose). Then, late in the afternoon, they venture out along the Clam Lagoon marsh edge to feed. So this is the best time to look through the flock for any Asian strays that might be hanging with them (although the lighting sucks at this time of day!).

As usual, they were out along the marsh edge, but we couldn’t pick out any oddities. Two Falcated Ducks were seen in June (after we had left!), and we hoped they somehow stayed around…