So far, most commentators on our crane say it is a Sandhill. We tend to agree.

Nothing new today (not even a trip bird). However, I did get some photos.

A flock of Cackling Geese near the Seawall took off as we tried to pass them. 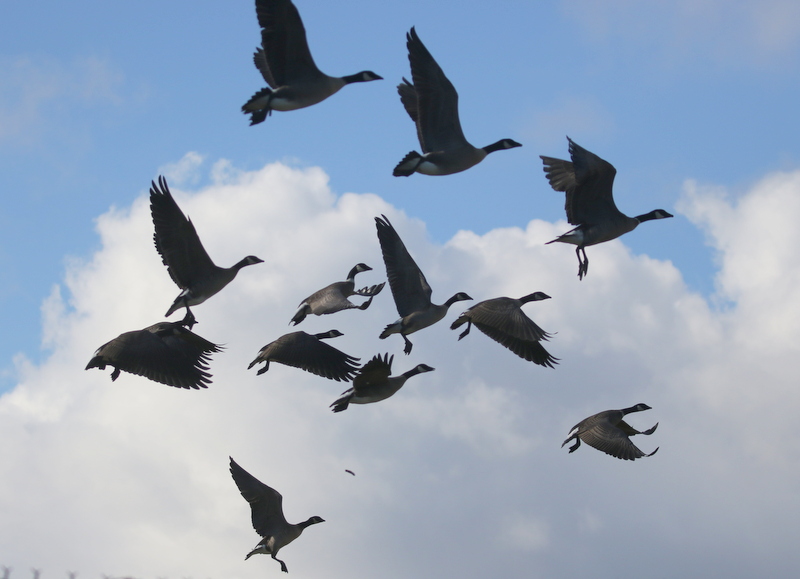 In the fall, there are many more Pacific Wrens around and they are very friendly.

As are the song Sparrows.

There are usually more Peregrine Falcons around, too. 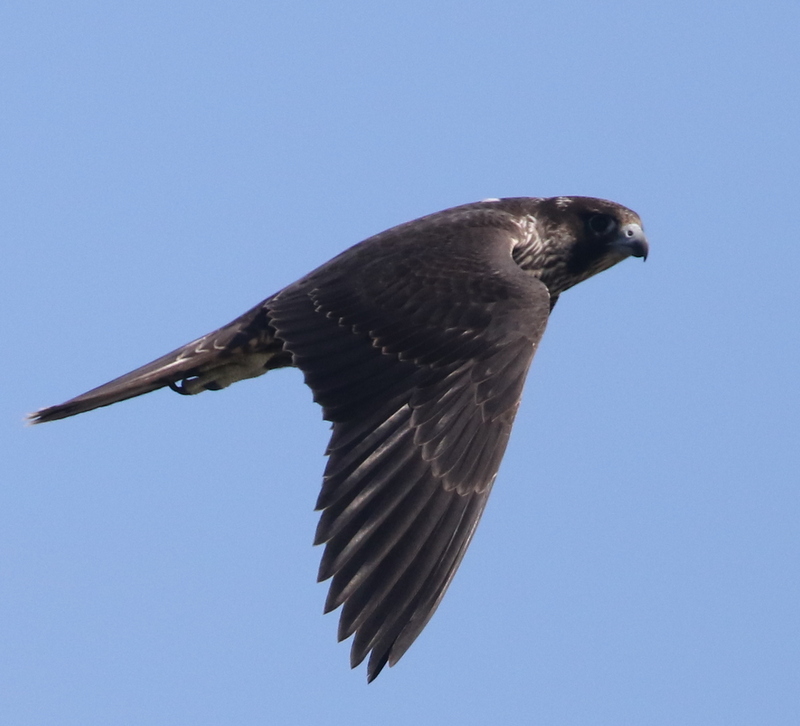 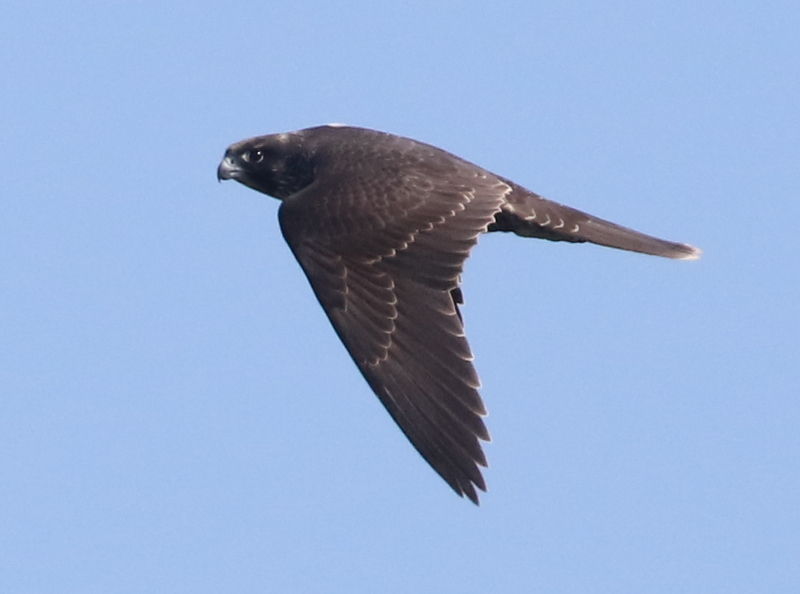 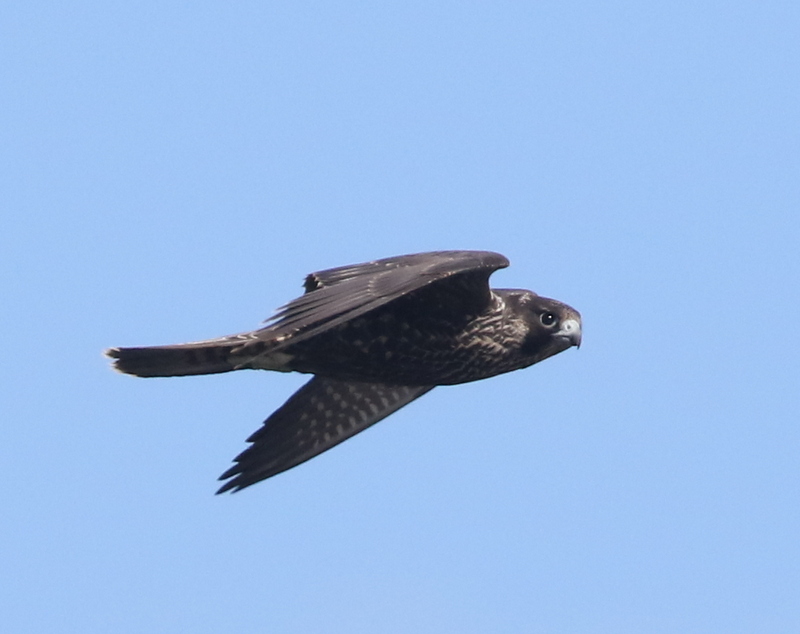 At the Landing Lights today, I had a shearwater (probably Short-tailed) fly in just above the water (which was like glass) flap-flap-flap-glide, occasionally dropping his head to pick something off of the surface. It was too backlit and far away to get photos. but it was neat to watch.

There are Gray-crowned Rosy-Finches and Song Sparrows at several of the feeders, but nothing else so far.

The majority of Lapland Longspurs have left, but a few flocks remain.

Jon and Jim leave tomorrow, so we will be the only birders on the island for the next week-and-a-half. We hope they find a goodie before they leave.