Temp in the 40s, mostly cloudy, Wind SW 20-40 mph Occasional brief sprinkle, and even some hail!

We had nothing new in town or at Sweeper, so we headed north. We saw the Hawfinch and Bramblings at the Thrush Feeder. We got a call from Jim, informing us they had an Eye-browed Thrush at the Adak National Forest. Of course, it flew away before we arrived! That makes 4 Eye-browed Thrushes we have missed on this trip!

They also told us they had 2 Wood Sandpipers at the marsh.

We went up to Clam Lagoon, and scoped the flats. I found a large (30-40) flock of shorebirds out in the middle and I assumed they were Sanderlings. We drove up to the west observation point and I walked out onto the flats to have a look. Our previous experience with Sanderlings out here is when you find a nice-sized flock like this, you check it to see if anything else has joined them.

I don’t take my scope out on the flats, just my camera. I got close enough to take a bunch of pictures. With binos, I could see there were several Dunlin mixed in with them. See?

When I got back to the truck, I took a quick look to see what else I might have missed. Sure enough, I quickly picked out a Red-necked Stint in the first good photo i looked at.

We called Jim’s group and luckily, they were not far and joined us shortly. As they were getting ready to walk out, I looked at more photos and soon realized that there wasn’t just one Red-necked Stint, but ALL of them were!!!

There were no Sanderlings. These were all breeding-plumage stints.

The most Red-necked Stints we had ever seen out here at one time was two!

Eventually, we counted 45 stints, 5 Dunlin, and 1 Red-necked Phalarope. The count was made from the photos. 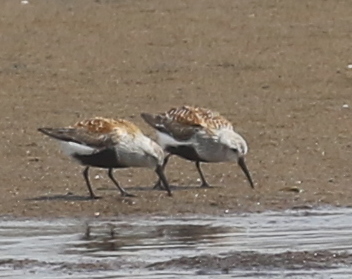 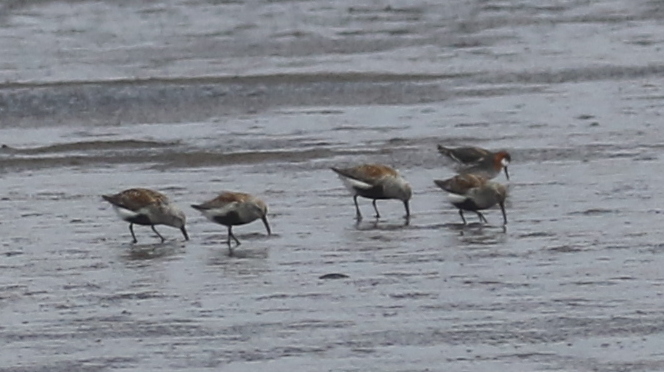 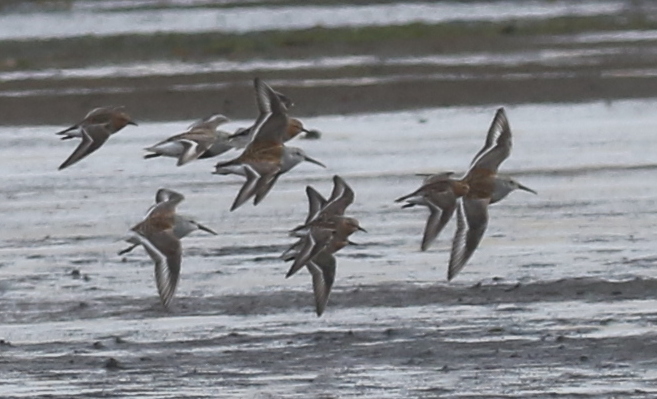 Initially, the flock was around 30+, but we came back a few hours later and it had grown to the numbers cited above (45 RNST, 6 DUNL, and 1 RNPH).

There are records such as this from the Western Aleutians (Attu and Shemya), with as many as 50. But this is certainly a record for the Central Aleutians.

On the second trip around to look at the stints, another birding group showed up — Yvonne’s group — and they walked out with me to get nice looks at them also.

We continued around to the Seawall and then Lake Shirley. As I was scanning the ducks, I saw some gray shorebirds on the far shoreline. They were 3 Common Greenshanks. 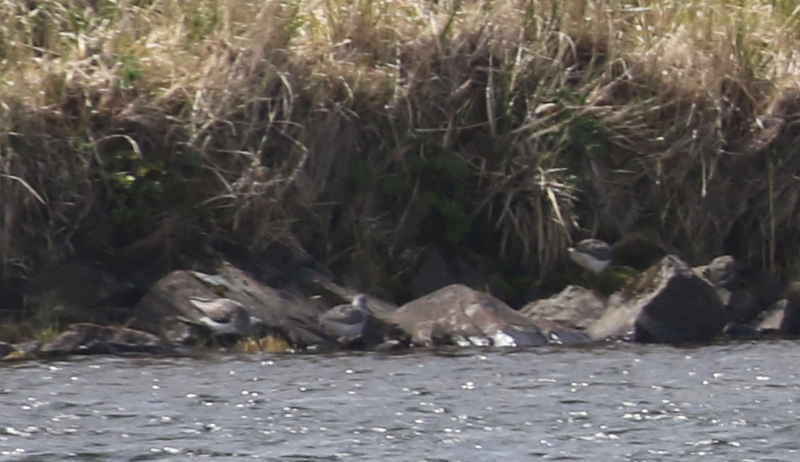 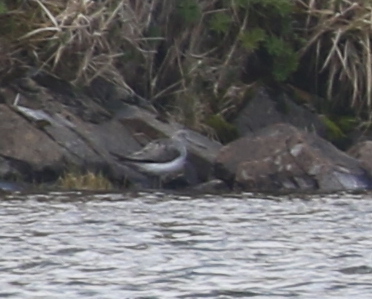 Again, Jim’s group caught up to us and saw the birds. We then decided to walk around to get closer views (as you can see from my photos, Lake Shirley is far across). However, as we rounded a bluff that hid our approach, they flew off. But as they did, another bird called from nearby. It was a Wood Sandpiper. We hadn’t even noticed it, being so caught up with the greenshanks.

There was still a pair of Tufted Ducks on Lake Ronnie, and Jim’s group had a Black-headed Gull fly by as they were scanning from Zeto Point.

On the way back along the Seawall, we had a flock of 6 Ruddy Turnstones.

Yesterday, I mentioned a “funny-looking” gull — all immature gulls are “funny-looking” to me! Well, the gull experts have weighed in to identify it as a Slaty-backed Gull. 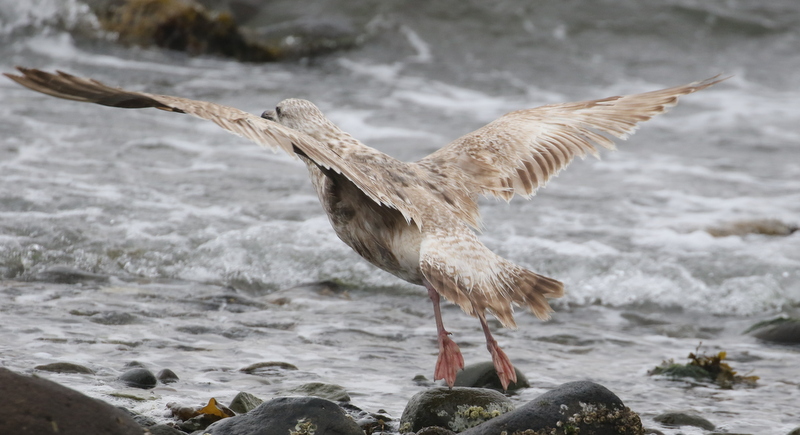 We found another “funny-looking” gull today. I will post it when we figure it out.

Our trip list is 73, just 3 shy of our record. The winds are still from the southwest…