The only shorebirds today were a pair of Western Sandpipers at Clam Lagoon. The pair of Pacific Loons are still at the Seawall.

There was a large flock of waterfowl on Shotgun Lake today, including about 50 Northern Pintails, 15 Mallards, and 4 Eurasian Wigeon.

The most interesting event of the day was a Steller’s Sea Lion off the Seawall that attracted a flock of gulls. You can see why in the pictures below. 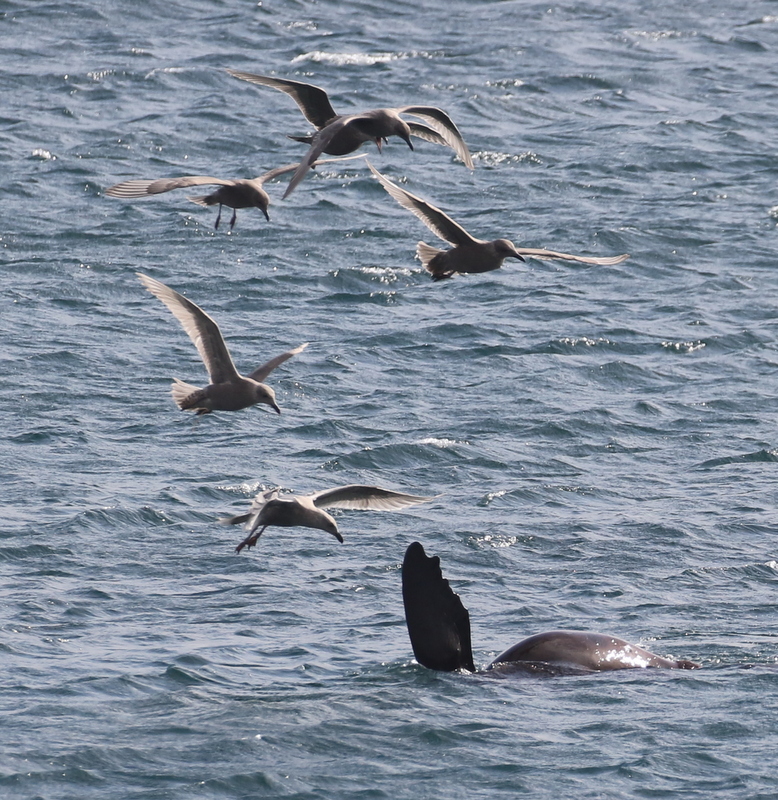 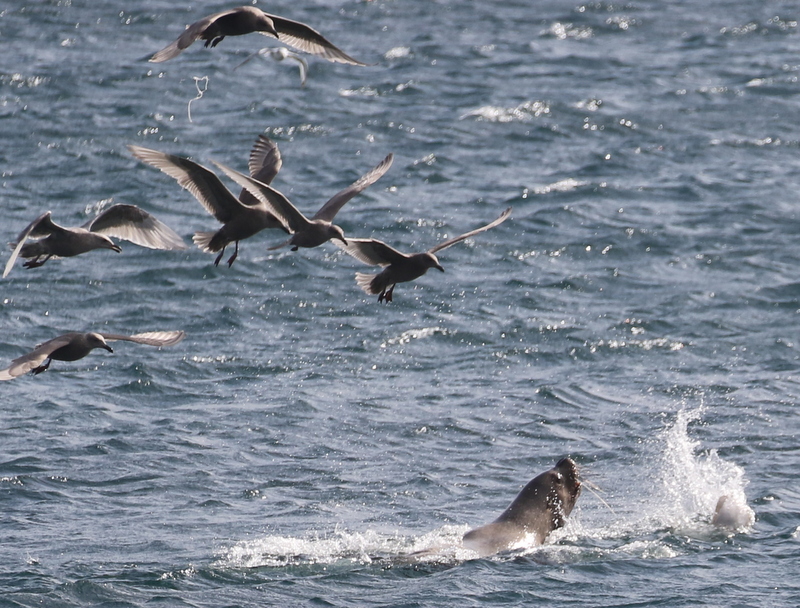 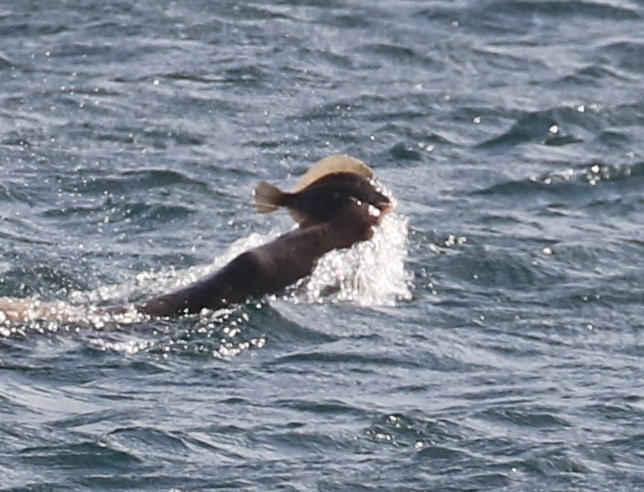 The tides out here are an enigma. For instance, since we got here, the tide has been low in the morning and high in the afternoon. Then, this past Saturday there was this very low tide in the afternoon! Since then, the tide has been high 24-hours a day! This is not unusual, we have experienced such odd tide schedules here on past trips. In fact we have experienced a week or more of consistent high tide and vice versa!

I decided to do some research on this and found a great visual tide chart at http://www.tide-forecast.com/locations/Adak-Bight-Adak-Island-Alaska/tides/latest

It turns out that the tide isn’t high all of the time — it just looks that way. The tide is currently in the following pattern — very low tide in the middle of the night (when — foolish us! — we’re sleeping), then a normal high tide, then only a very small dip to low tide, then high tide, and then a big drop to low tide in the middle of the next night. So during the day, it looks like high tide all of the time! Now, why it doesn’t go to a normal low tide during the day, we don’t understand. We think it might have something to do with the interactions between the Pacific Ocean and the Bering Sea, but we could be way off base. I guess we need a tide expert…

By dawn tomorrow, there will have been more than 24 hours of west winds (strong west winds). If they brought any good birds in today, we didn’t see them. Maybe tomorrow…