Note 2: In spring 2005, I purchased my first digital SLR, a Canon Rebel. Since I already had a film Canon, I assumed I could just use my old lenses on the new camera. I was wrong. The 300 mm lens I had, although it fit the new camera, would not focus precisely – something I didn’t discover until we got to Adak! Therefore, all of the photos that I took on this trip are just a little “off” and not very sharp – sad to say…

In 2003, the ABA was contacted by residents of Adak Island, Alaska in an effort to promote birding on the island. A small group of birders went there in August 2003 and wrote about their experience in the May 2004 Winging It. Since Barb (and probably me) were not physically fit enough to endure the conditions on Attu, we never went there for the Asian specialties that often occur there. When we read the article about Adak, we thought we would give it a try and started planning for the following May (2005).

We arrived on Adak around 5 pm on Sunday, May 22. There were already a bunch of birders on the island (most of them from Pennsylvania, it turned out!) who had the same idea we had. Some came for a few days, others for several weeks. Over the course of the month, the list included the following – from PA — John Puschok, Devich Farbotnik, Jason Horn, Dave Wilton, Geoff Malosh, Eric Marchbein, and Jay Lehman (Columbus, OH), Dan Sanders (Columbus, OH), Charlie Lyon (Shreveport, LA)

They updated us on what was being seen and we quickly headed to Contractor’s Camp Marsh to look at the Wood Sandpipers they had found. We walked out into the marsh and the guys pointed out the birds in the reeds, but it was almost impossible to get a good look at them because they were being secretive (the sandpipers, not the guys!). There were half-a-dozen of them and, as it turned out, we got excellent looks at them on subsequent days. 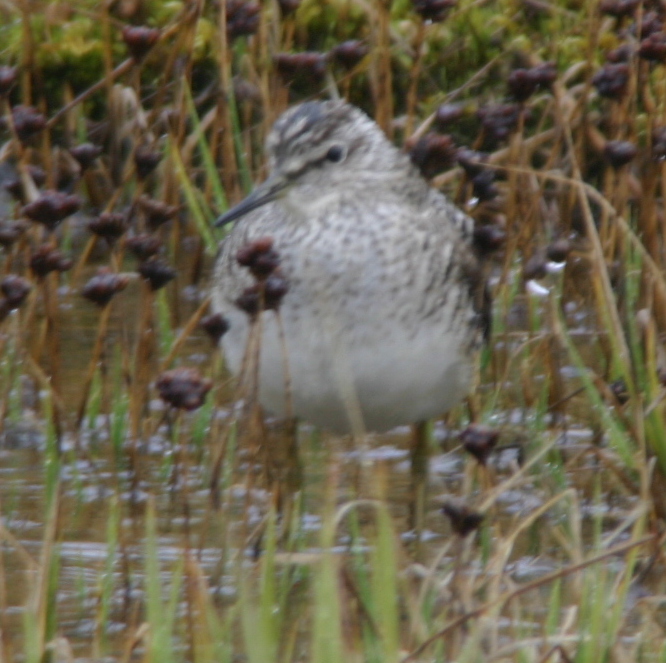 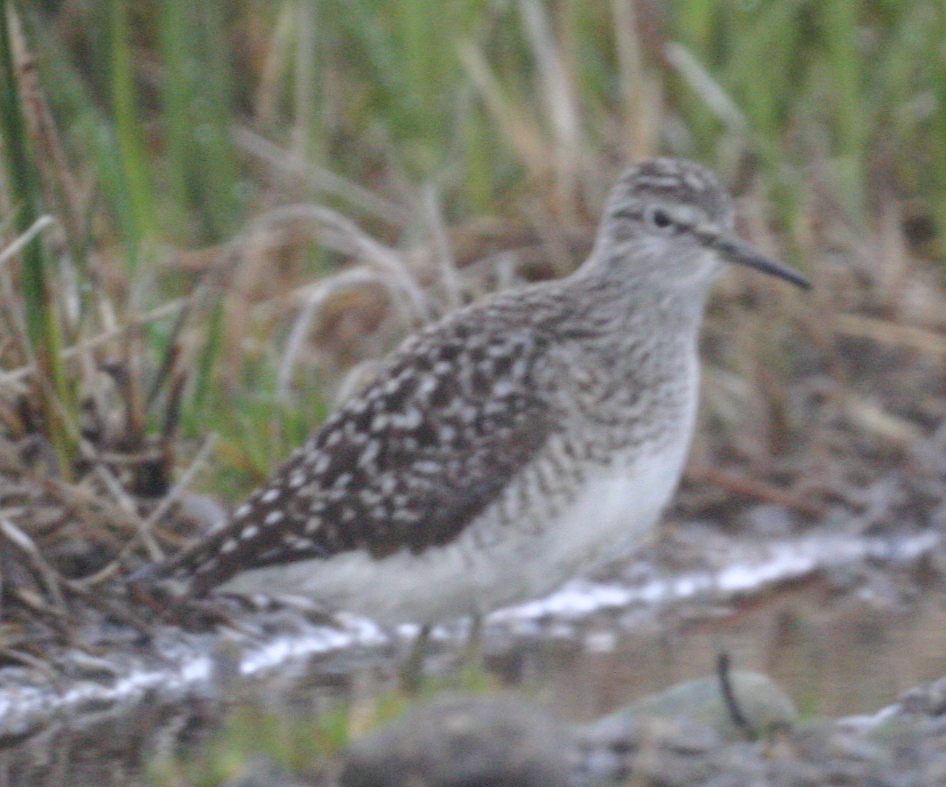 We then headed up to Clam Lagoon to see the Bar-tailed Godwit and then around to the Seawall to see an Emperor Goose that was out on the rocky islands just off shore. We promptly named these islands “Goose Rocks.” We also saw Red-faced Cormorants out there. 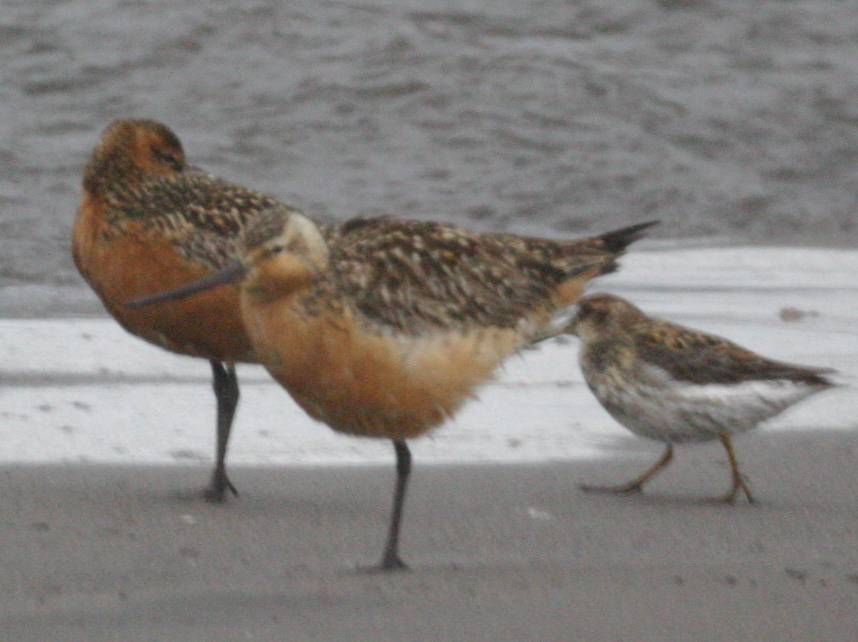 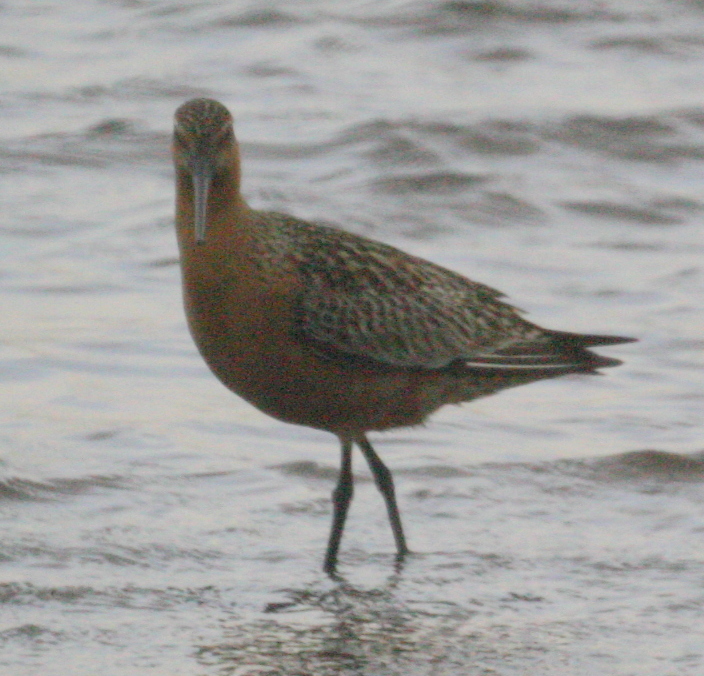 Along the way, we saw our first Rock Ptarmigans. Those were our lifers for the first day. 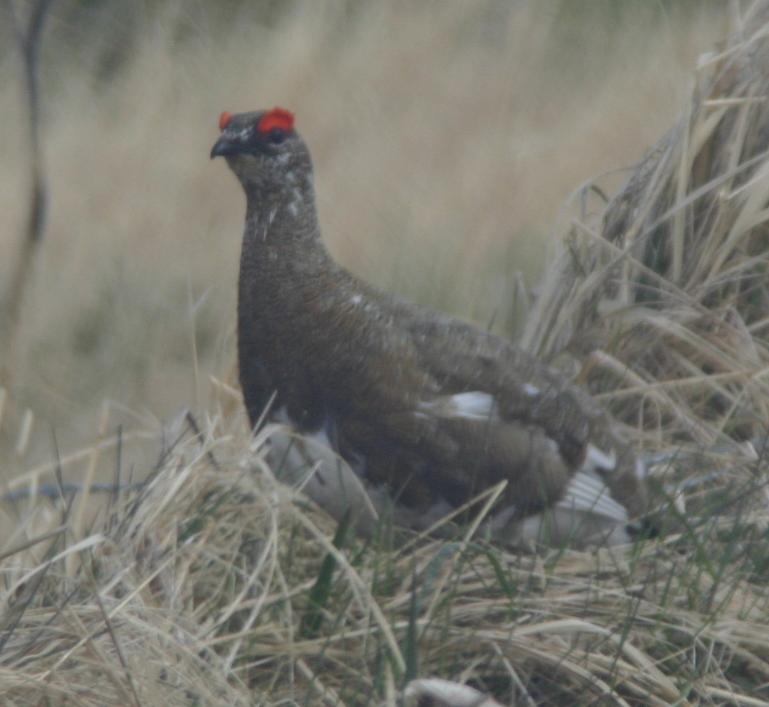 On Monday (5/23) We had a Ruff and a Reeve on Landing Lights Beach. 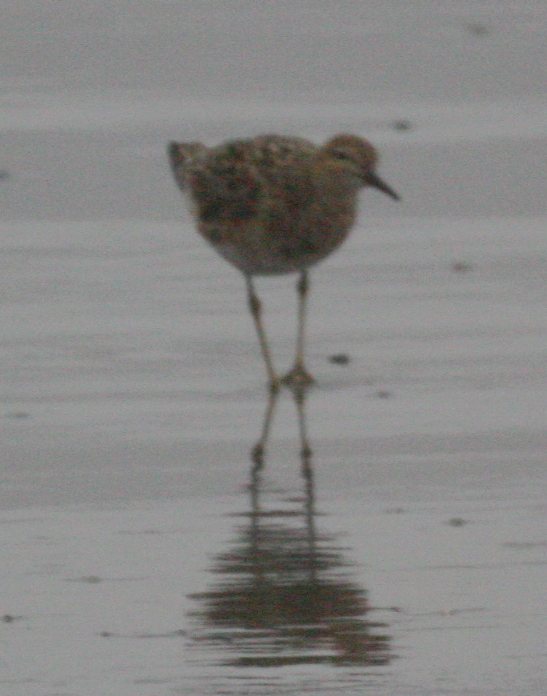 A Mew Gull (Kamchatka subspecies) was on the flats at Clam Lagoon. 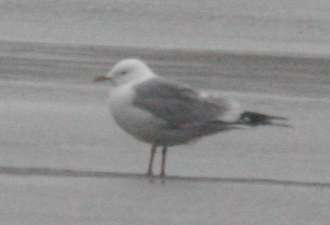 We also started seeing all of the resident species.

Tuesday (5/24) brought a Wandering Tattler at the north end of Clam Lagoon and a Far-eastern Curlew to the flats. It was found by the others who radioed us. We raced up there to see it, got some photos, and it took off, not to be seen again. 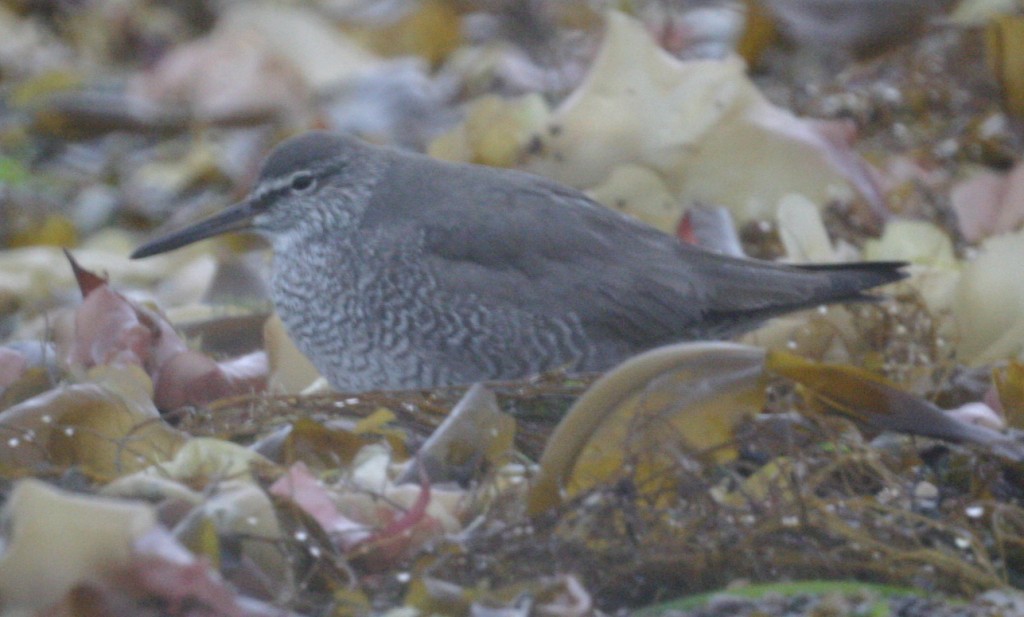 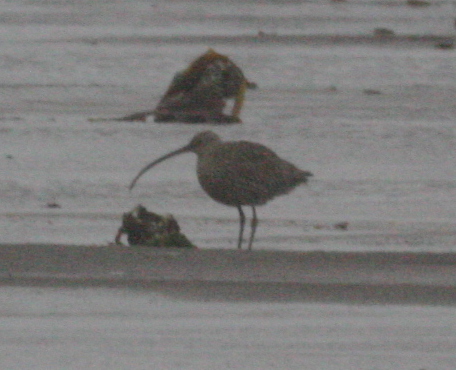 As we were eating dinner at Violet’s Restaurant, the guys came in and alerted us to a Hawfinch they found. We raced out and found it. The guys had scattered bird seed at an abandoned house that had a spruce tree and a couple of willows in front. The Hawfinch was there. 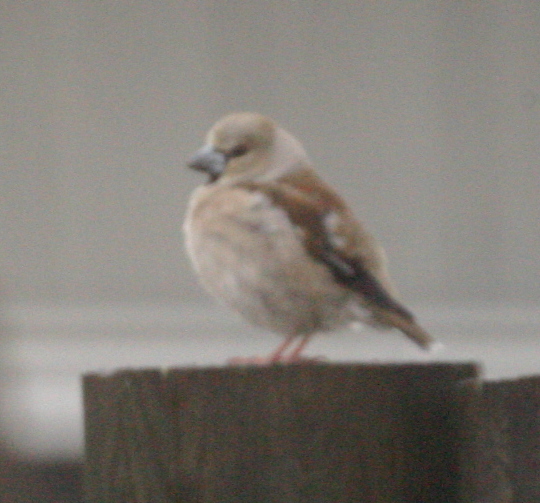 On Wednesday (5/25) we got a call that there was a Common Sandpiper on Finger Creek. We headed down there and I walked up a bluff and saw the bird, but Barb couldn’t climb, so she walked the road next to the creek, hoping it would fly down there. It did! So we both saw it. 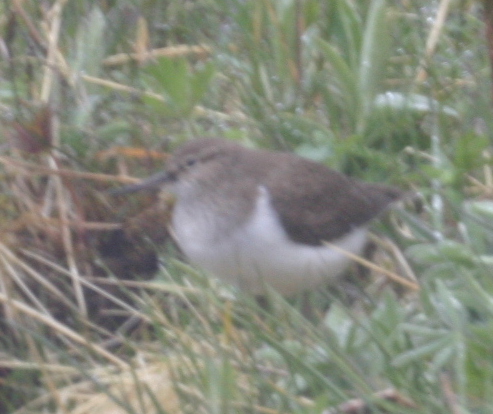 Thursday (5/26) brought us our first Tufted Duck on the Airport Ponds.

On Friday through Sunday we didn’t add any lifers, but finally spotted the Sandhill Crane that had been hanging around and got to enjoy the more common residents and migrants. We also explored new areas. 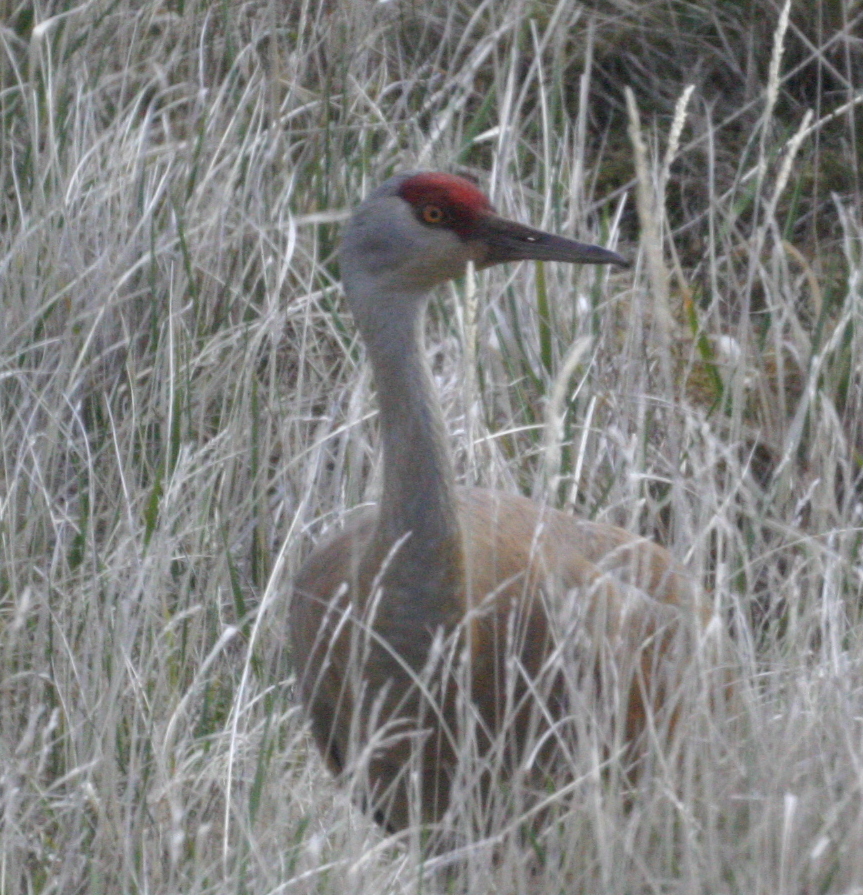 We ended up with 58 species (13 lifers) for the trip. We got our first taste of Asian rarities and thoroughly enjoyed the trip. We decided a fall trip was next on the docket and planned to return in September 2006.