We arrived on Thursday, September 13.

There were birders already there and John Pushock told us about the Marsh Sandpiper and Common Greenshank at Clam Lagoon. So we headed straight up there and got both birds. Both were lifers. 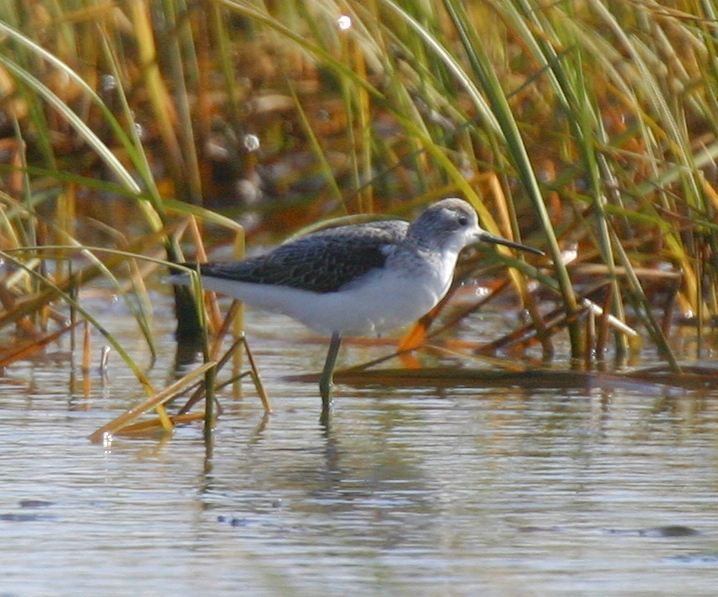 Friday through Monday (9/14-17) brought no lifers, but the birding was still interesting and we learned more about where to go and how to find birds on Adak. 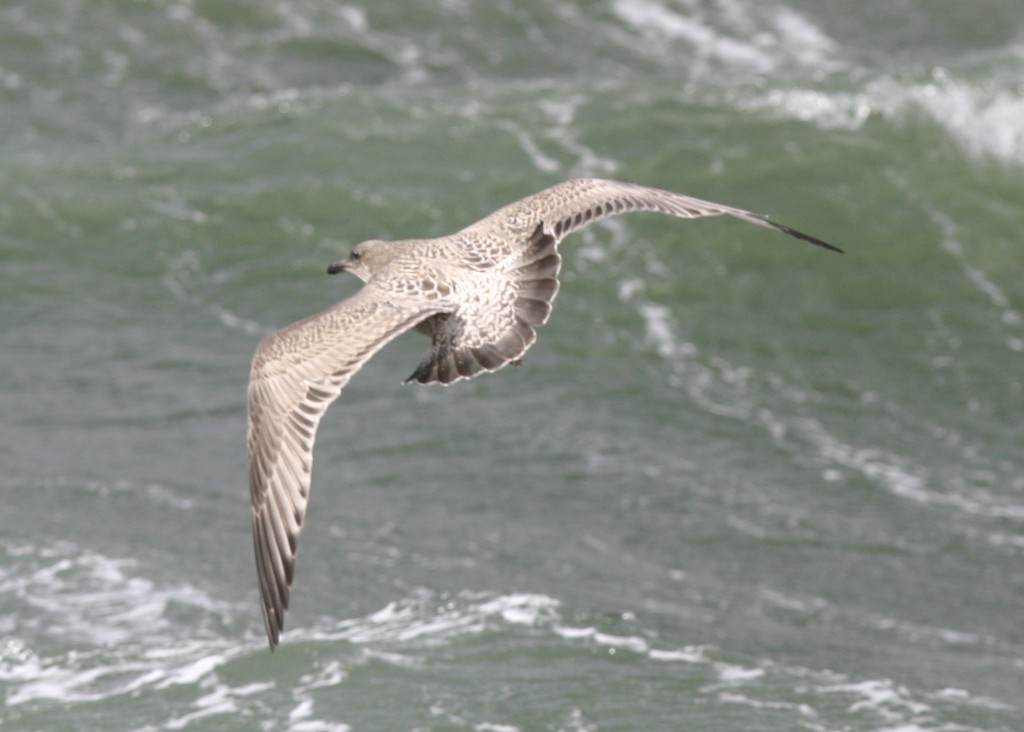 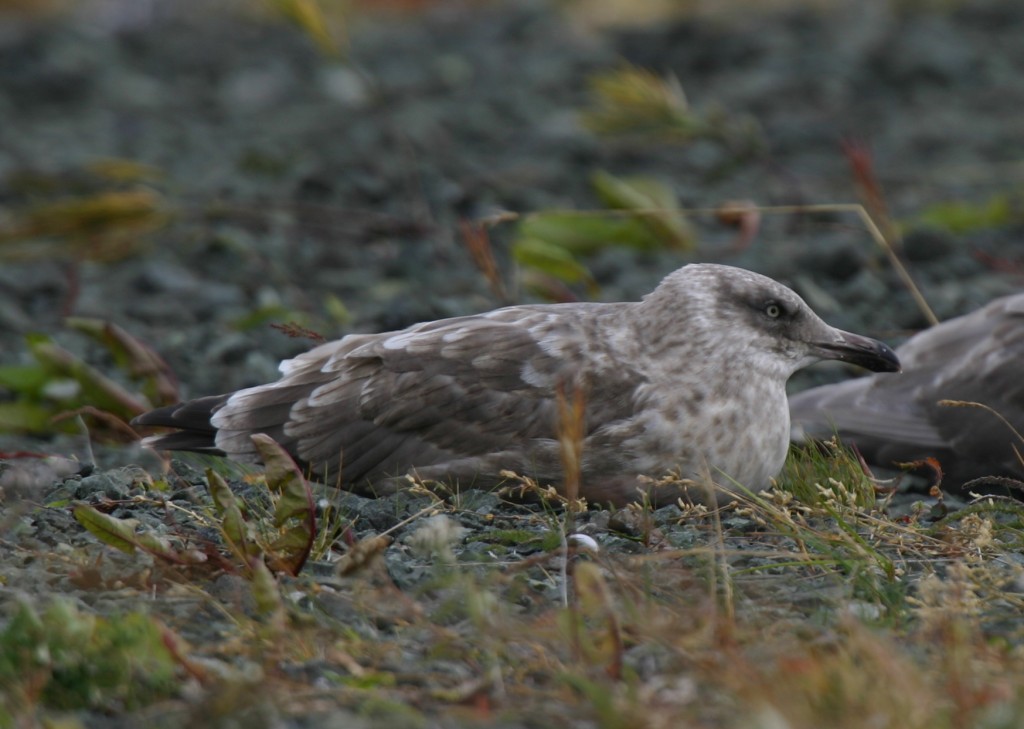 We saw a Yellow-billed Loon at the Seawall (we had just seen a breeding plumaged one in Pennsylvania!).

In mid-morning, we were driving along Clam Lagoon, near Shotgun Lake, when we got a call from Bob Schutsky that there was a different duck on Shotgun Lake. We drove in there and went to the little arm at the east end of the lake (now dubbed Pistol Lake) and saw a duck which I quickly photographed before it flew off. We met up with Bob and showed him the photos and he identified it as a possible Garganey. We headed in the direction in which it flew and re-found it shortly thereafter.

It was in a small roadside pond. Everyone gathered to look at and photograph it and, once everyone was satisfied, we flushed it to get flight shots of the wing pattern. It was definitely a Garganey! 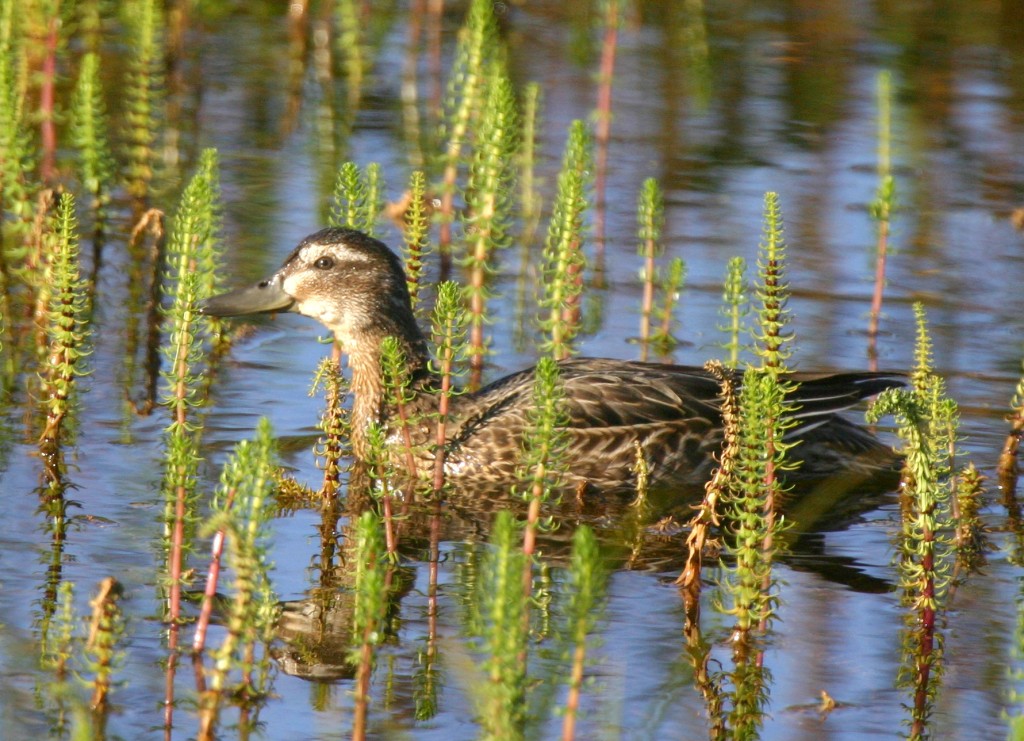 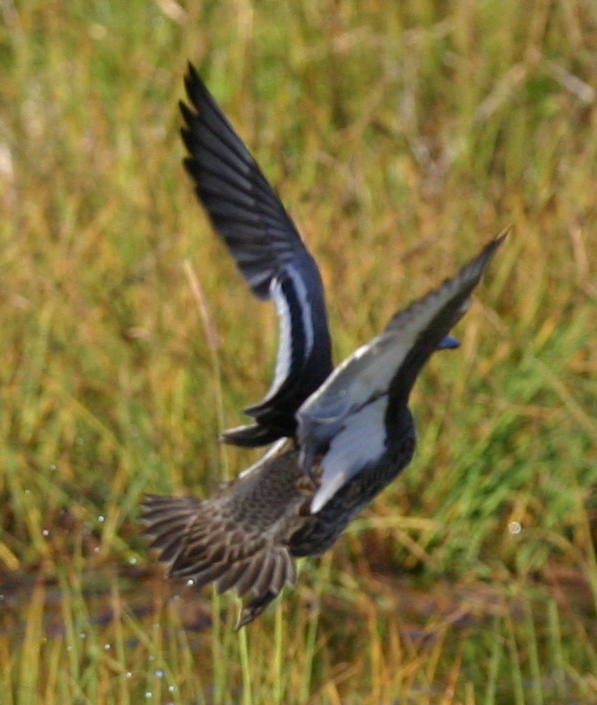 We continued around Clam Lagoon, and in early afternoon, got another call from Bob saying they had found a pair of Gray-tailed Tattlers. We headed back around the lagoon and found them. Another lifer. 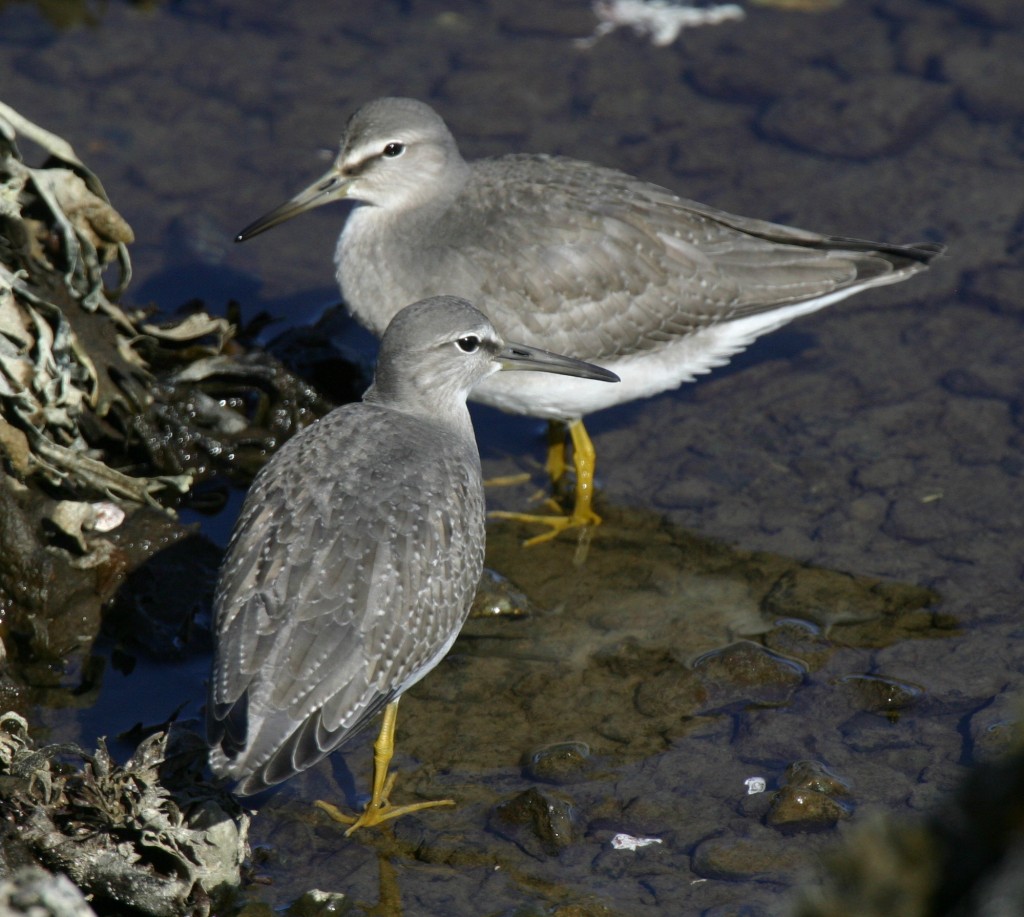 Not too much longer after that, we got call from Puschock saying he had found a Mongolian Plover on the Clam Lagoon peninsula! We headed there and walked out and saw it. 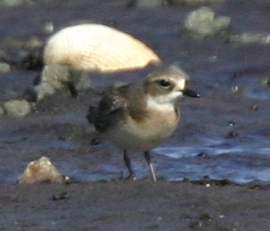 Three lifers in one day!

On Friday, while scanning Kuluk Bay from Bayshore Blvd, we spotted a couple of Least Auklets. Not close, but identifiable.

On Monday (9/24) we were up at the Blue Building feeder (NW corner of Clam Lagoon). I had gotten out of the car to check out the row of Spruces. As soon as I neared the first one, a thrush-sized bird flew out and into a farther one. We called whoever we could get on the radio (it turned out John Pushock was nearby) and waited for them to arrive before we tried to get a better look at the bird.

The bird had flown back into the southernmost tree. I was standing on the north side of the tree and Barb was watching from the car on the east side. John pulled up on the south side and the bird came out on that side and John and Barb got looks at it. It was an Eye-browed Thrush. Unfortunately – for me – it then flew away, not to be seen again. I never got an identifiable look at it, so Barb got a lifer and I didn’t.

On Tuesday (9/25), as we were driving around Clam Lagoon, we met Bob and he informed usa that he had a Rough-legged Hawk nearbetween Candlestick Bridge and  Zeto Point. We headed down there and soon spotted it. It was a dark-morph, which meant it was a North American bird, not Asian. 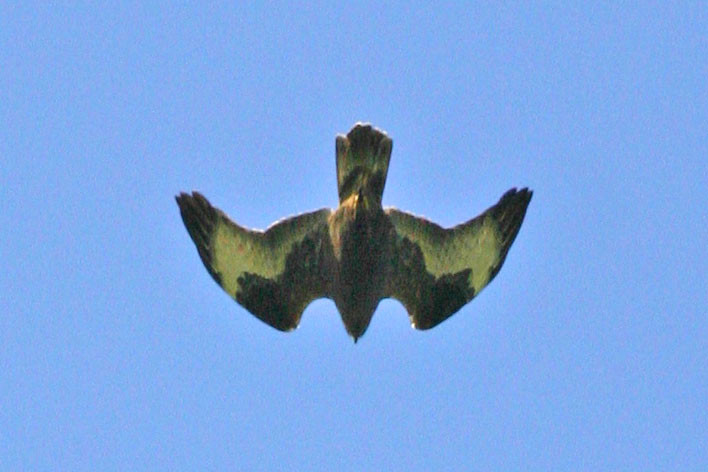 Wednesday (9/26) brought rain and wind. On the east side of Clam Lagoon, just south of Lake Shirley, John Pushock found a Siberian Rubythroat. We came by while he and his group were trying to relocate it. We weren’t having any luck, so I walked down the road about a hundred yards. The bird popped out onto a Cow Parsnip and gave me a nice look before disappearing back into the vegetation (I was not quick enough o get a photo!).

I called the others and they came down and continued searching, but to no avail. John and his group left and we continued down towards Candlestick Bridge. We turned around and drove back up to where I had last seen the bird and I saw it fly across the road and land under another Cow Parsnip. I tried to direct Barb to which Cow Parsnip it was sitting under, but she could not find it (there are a LOT of Cow Parsnips on Adak). It flew away again, and we never refound it. So, this time, I got the lifer and Barb didn’t.