After a couple of spring and fall trips, we decided to try something a little different. Instead of coming for the last two weeks of May, we arrived on May 29 and stayed unti June 12. We knew the waterfowl would be mostly gone, but we hoped for some late passerine migrants (strays).

We arrived Thursday evening, unpacked and headed out to see what was around (neither of us can remember if any other birding groups were here just prior to our arrival).

Someone told us there was a flock of Sandhill Cranes down near the Gas Station. We went there and saw a flock of about 35. The numbers declined each day thereafter until we saw the last one on June 10. 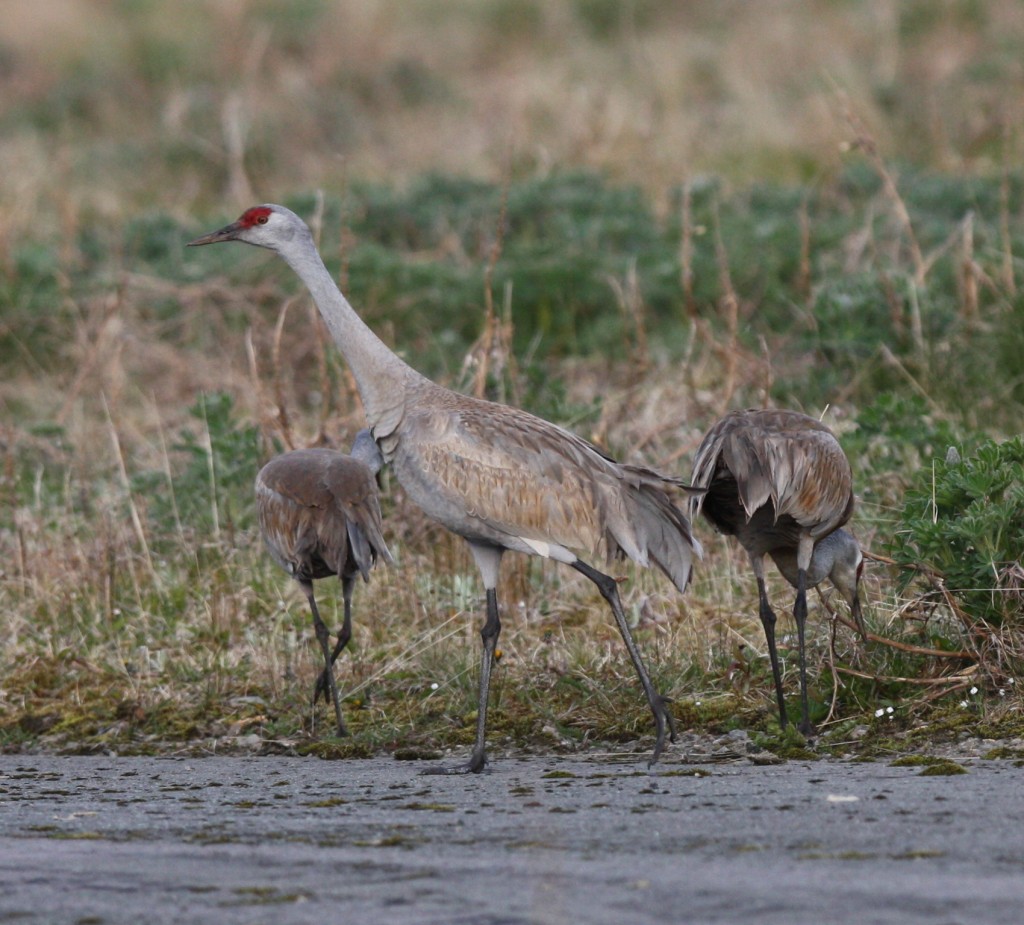 Up at Clam Lagoon, a Wandering Tattler flushed as we drove by, but then settled down on the shoreline for us to appreciate it. 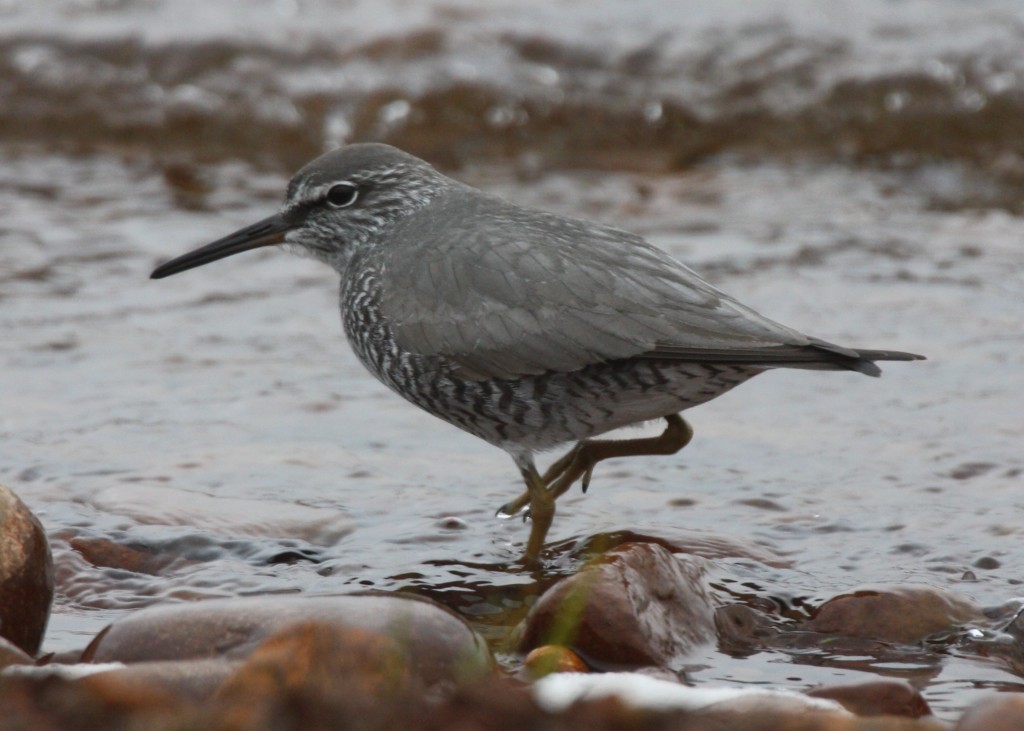 We also had a Wood Sandpiper, but cannot remember where (and no photo)!

On Saturday (5/31) we found a Common Greenshank on the mudflats between the two bridges on Sweeper Channel. We saw it off-and-on until June 2. 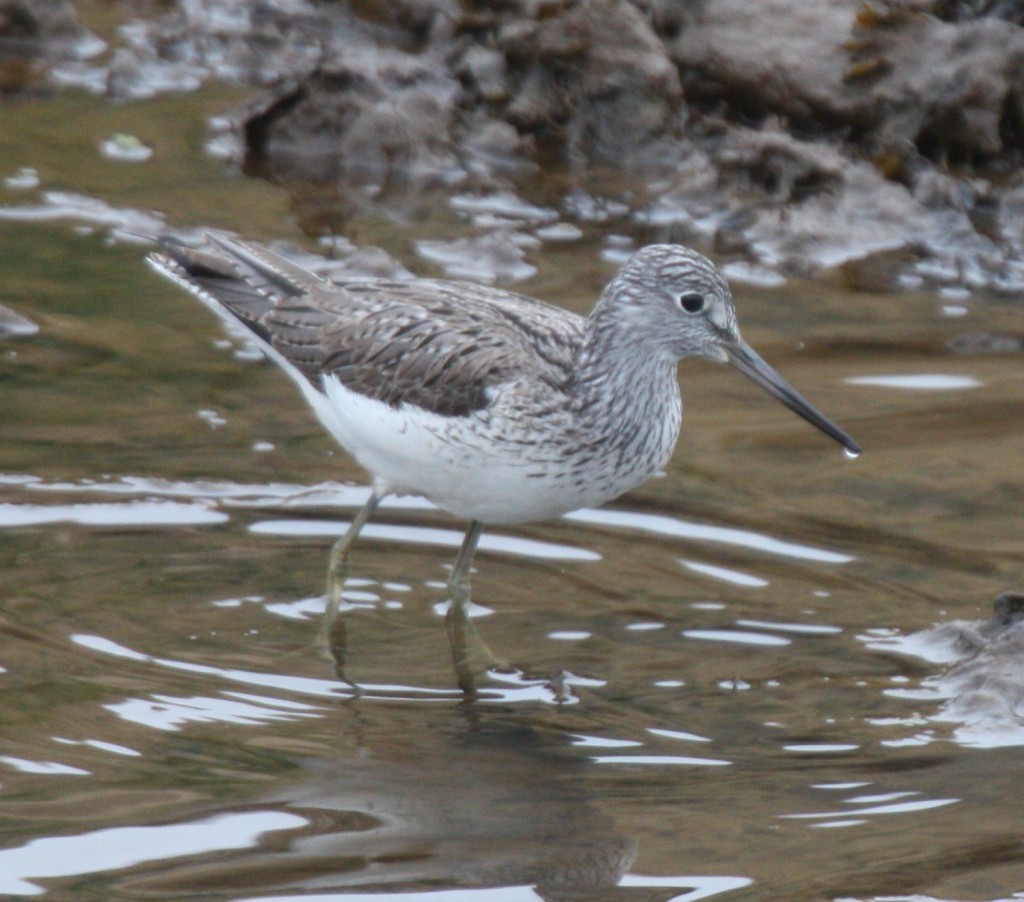 At the Spruce tree near Sweeper Creek, we found a female Brambling. It also stayed until June 2.

We also had our first encounter with a Gyrfalcon which we saw most of the days we were here. 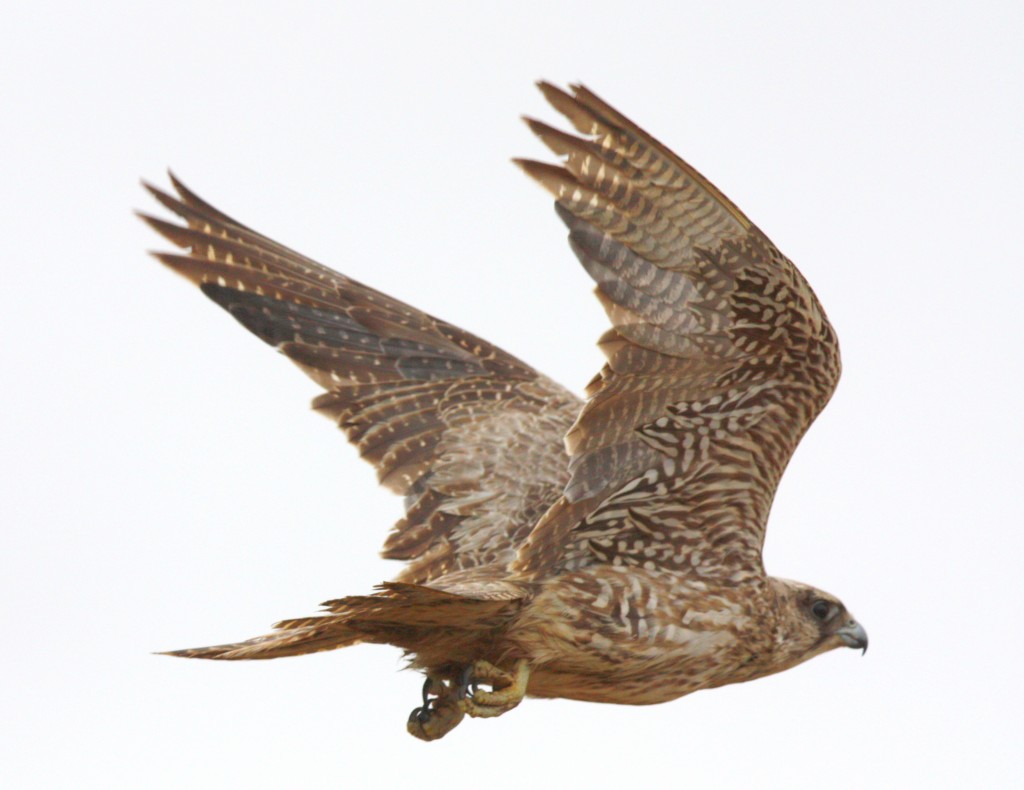 Later, as we were leaving the Blue Building Feeder area, a Northern Wheatear sat up on a short post. This was only the second record for Adak. This turned out to be the first of several records we had on subsequent trips. 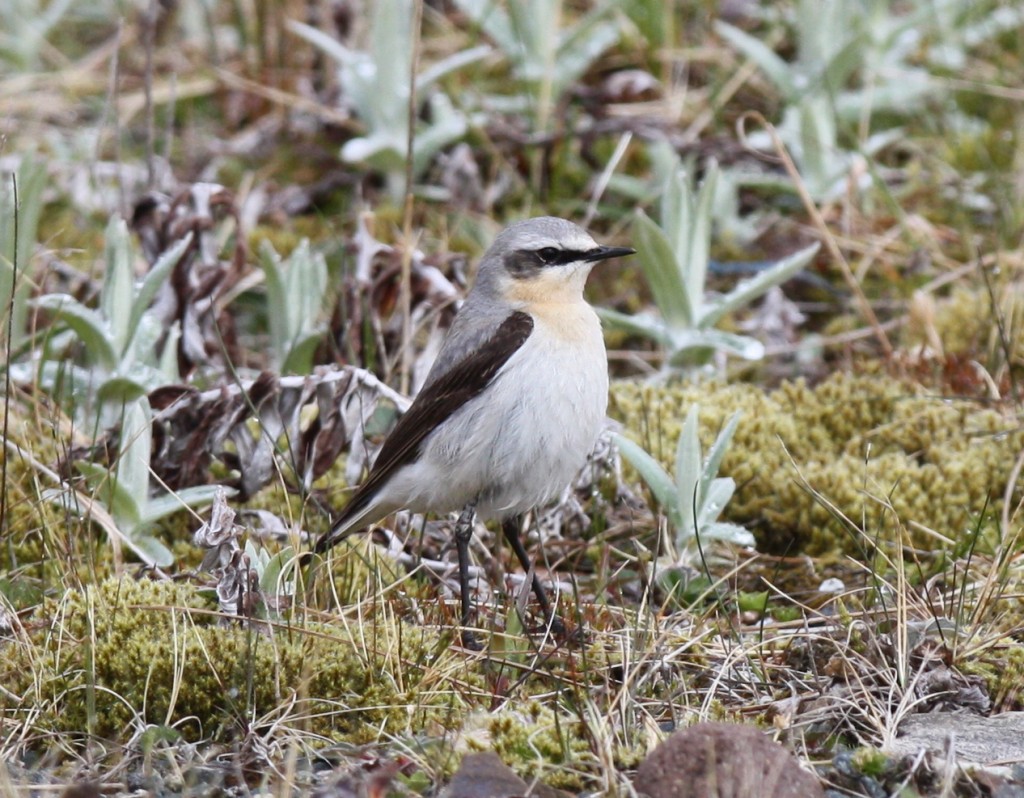 On Tuesday (6/4), I deided to fianlly brave my tendency towards seasickness and take the boat out to see the Whiskered Auklet (and hopefully more). At the time, Al Giddings took birders out to see the auklets. We knew it might be a little late in the season, but we went anyway.

It was a very good trip. We got the Whiskered Auklet (very good looks) as well as Parakeet Auklets (very poor looks) and a lot of nesting seabirds, alcids, cormorants, eiders, etc. And a Sea Lion rookery as well. The auklets were lifers for Frank. 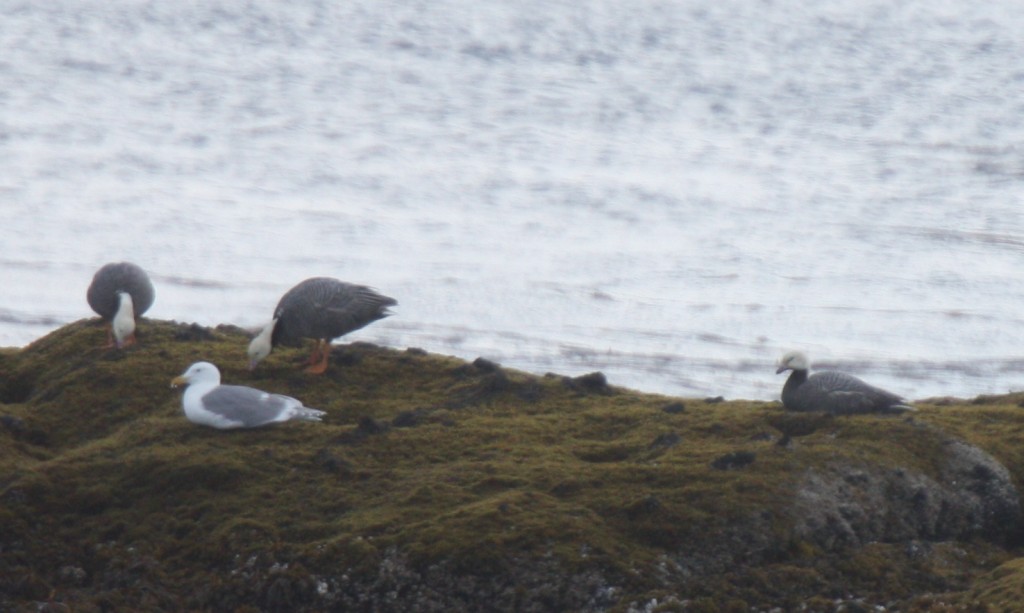 On Friday (6/6), we found a late Pacific Golden-Plover which we also saw the following day.

On Saturday (6/7), as we were scanning the Sitkin Sound at the Seawall, Barb spotted a Short-eared Owl flying in from over the sound! This was our first for our Adak list.

Tuesday (6/10) was the last day we saw Bufflehead – a very abundant migrant in May.

Wednesday (6/9) saw the last of the Bar-tailed Godwits leaving.