Our final day started with light winds and partly-cloudy skies.

We went down to the fish plant outflow at the Sweeper Cove Jetty and there was a huge slick of fish stuff. A large flock of Glaucous-winged Gulls was feeding. Barb quickly yelled “Black-headed Gull!” A Common Black-headed Gull had been seen here for a few days prior to our arrival, but had not been seen since, despite many birders looking for it. This is an uncommon bird on Adak. There have only been three records in the last seven years and we have seen all three! 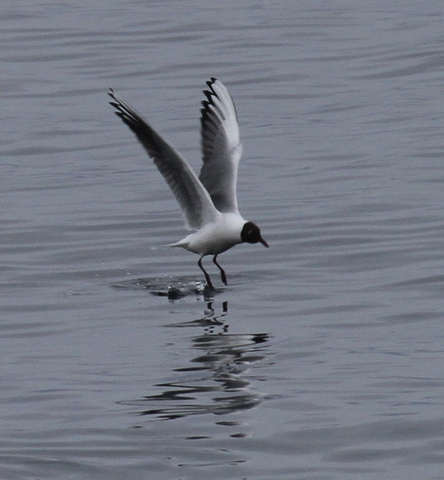 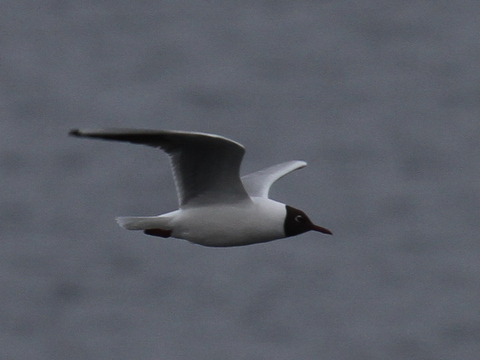 Up at Landing Lights Beach, we had ten Rock Sandpipers–the most shorebirds that we have seen in one spot this trip.

Here is a better photo of the seal on seal rock. 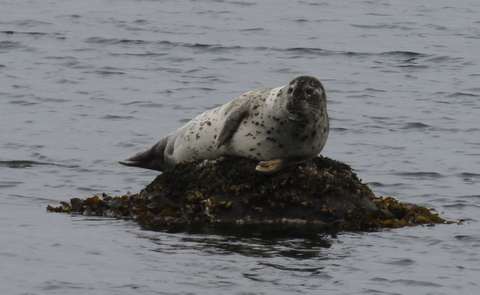 We ended the trip with 61 species, including two new species for our Adak list (Brant and Snow Goose).

We left at 6 pm and as we took off, I got some good photos of the town and airport. 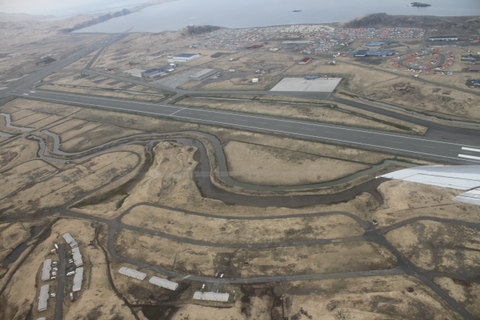 In all previous trips, I have not been able to get a photo of Mount Sitkin either on the arriving or departing flights. It has always been shrouded in clouds on those days. Well, I finally got one this trip.

All of our flights took off and landed on time and we arrived home Friday afternoon.

Right now, it looks like we may be going back in September. The DOT is putting the Adak flight contract out for rebid in June, and it is unlikely that a new airline will be in place before September. Alaska Airlines is required to continue the flights until a new carrier is in place. So we hope to get at least one more trip out there.

If, however, the replacement airline offers the same service as Alaska Air did, then we will continue to go there. If not, it would just be too much hassle.

We will let you know…